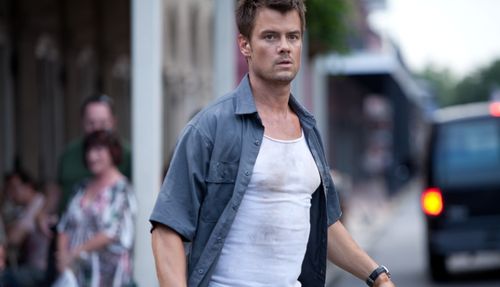 “Fire with Fire” is a vigilante tale with a butch title (though filmgoers of a certain age will undoubtedly recall a 1986 Virginia Madsen picture of the same name and its screechy Wild Blue theme song), though nothing especially harsh occurs during the movie. Attracting a wide range of talent and celebrity, the effort has the goods to transform into an unrelenting machine of thrills, smacking the audience around with displays of intimidation and bloodthirsty revenge. The actual feature spends much of its run time in neutral with actors either unprepared for the demands of the subgenre or locked in paycheck mode, stiffly working through tepid dialogue, tedious procedural events, and dull romantic yearnings. There’s potential here for the taking, but nobody in the production seems all that inspired to kick “Fire with Fire” into overdrive. Read the rest at Blu-ray.com