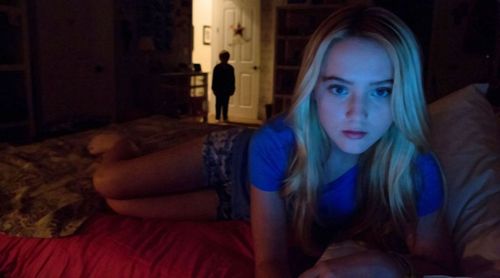 Being a prequel and somewhat inventive with its scares, “Paranormal Activity 3” managed to cut a small hole in the wall of illogical nonsense that’s been erected around this franchise, letting a little light into the darkness. Directors Ariel Schulman and Henry Joost did a fine job boosting the cheap thrills of the series, but couldn’t outright reinvent the formula, leaving the third picture slightly more interesting than the two that preceded it, but still missing a heroic sense of purpose. Returning a year later for “Paranormal Activity 4,” the filmmakers stumble in their quest to push the story forward, sticking closely to the unchecked stupidity that forms the foundation of this demonic saga, while encouraging the absurd scare tactics audiences appear to value more than any pass at suspense. Read the rest at Blu-ray.com