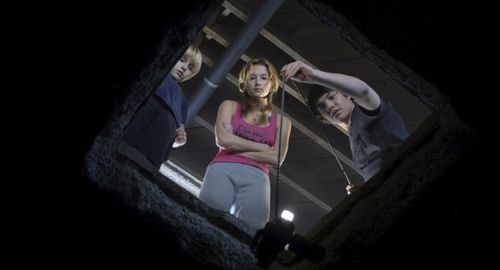 The particulars of film distribution have kept “The Hole” from American eyes for quite some time now. Originally shot in 2008 and released in Europe in 2009, the feature finally makes its way west for reasons that aren’t immediately clear, but I’m grateful regardless. The latest from director Joe Dante, “The Hole” is a modest production with a hearty sense of scare, tunneling into the psyche to find a human source of terror to compliment the monsters that occasionally pop into view during the picture. Entertaining, with a welcome sense of mischief, “The Hole” plays to Dante’s strengths, returning him to a suburban battleground where young characters face off against an unstoppable, often knee-high malevolent force. Read the rest at Blu-ray.com