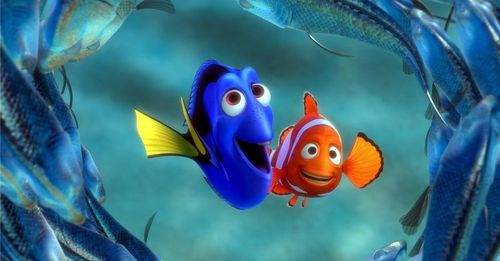 While 3D rereleases (this year alone has returned “Beauty and the Beast,” “Titanic,” and “The Phantom Menace” to screens) are motivated entirely by monetary needs, I must admit it’s been enlightening to revisit titles from the recent past, providing an opportunity to reevaluate movies that didn’t exactly penetrate the first time around. Back in 2003, I had a mixed reaction to “Finding Nemo,” an unpardonable offense to some, but the movie didn’t immediately impress with its overstuffed narrative, flashes of bodily function humor, and screenwriting formula. I didn’t hate the picture, but I’ve come to understand that any raised eyebrow directed at a Pixar production (outside of the “Cars” efforts) is an offense punishable by the death penalty in some corners of the internet, leaving me to wonder how a feature I wasn’t fond of nine years ago would play today, aided by the addition of 3D. Read the rest at Blu-ray.com