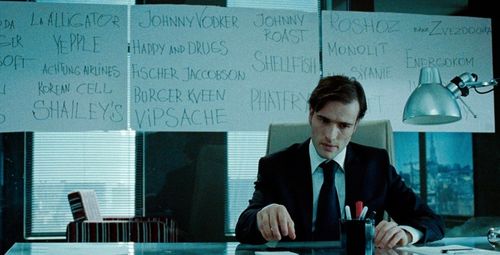 “Branded” is a head-scratcher of the film that could only be decoded after a long sit-down with its creators, writer/directors Jamie Bradshaw and Alexander Dulerayn. It’s up to these two to fully flesh out their intentions to the general public, because the movie they’ve made is borderline incomprehensible, and not in an intriguing manner that immediately encourages closer inspection. Narrated by a cow-shaped constellation and set in the “dystopian future” of 2012, “Branded” is an outrageous call to arms with its shoelaces tied together, falling flat on its face the moment it gets around to charging ahead. Its ambition is decimated by its absurdly slapdash assembly and fogged messages on the zombification of consumerism. Read the rest at Blu-ray.com