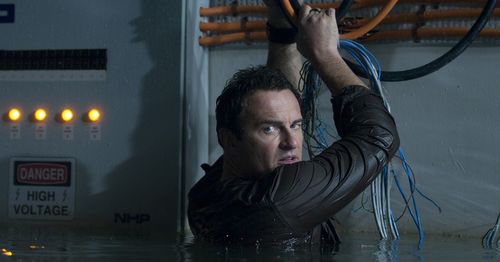 Despite its eventual failure, “Bait” deserves some credit for trying to pull off an insane scenario capable of reigniting the killer shark subgenre. There are moments here, albeit few and far between, where director Kimble Rendall seems like he’s found a way to make this low-budget shocker work on a limited scale, playing with claustrophobia and oddity to turn a ridiculous script into a credible machine of terror. Scares are absent and the performances are wretched, yet “Bait” deserves a participation ribbon for its willingness to take an aquatic hunt in an unexpected direction, using recent world woes to inspire a shark tale that’s poorly executed yet charmingly absurd. Read the rest at Blu-ray.com