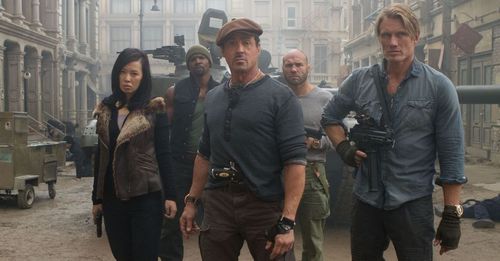 I was a great admirer of Sylvester Stallone’s “The Expendables,” released two years ago. A brutal throwback to the sweat-stained, no-nonsense actioners of the 1980s, the picture was undeniably rough around the edges, yet contained a slick appreciation for genre necessities and broheim comfort. After its unexpected box office success, we’re now faced with “The Expendables 2,” a crisp sequel that employs a great deal of hindsight to move ahead as a possible franchise. Stripped of Stallone’s tendency to ramble, the follow-up is a more traditional bruiser, barreling forward with waves of violence, self-aware humor, and a rowdy supporting cast pieced together out of newcomers, B-actors, and martial art icons. Read the rest at Blu-ray.com