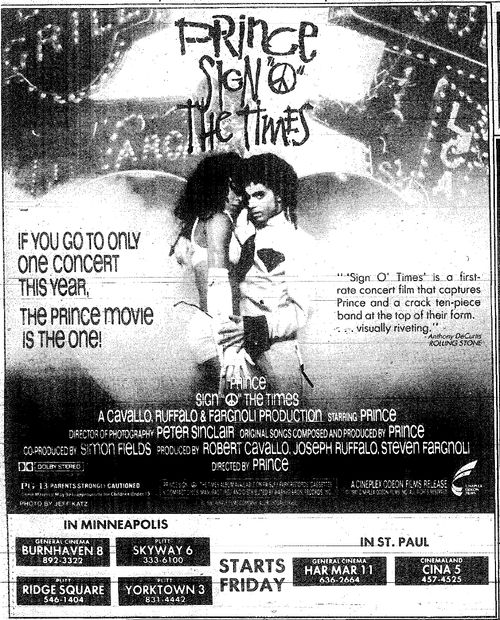 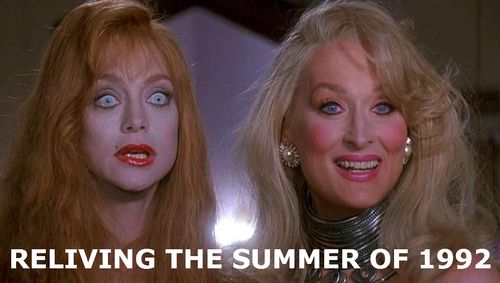 Rotting away with “Death Becomes Her,” returning to the Swansony roots of “Buffy the Vampire Slayer,” and mourning Robin Harris in “Bebe’s Kids.”

Sunday in the Park with Brian - Schell's Brewing Company 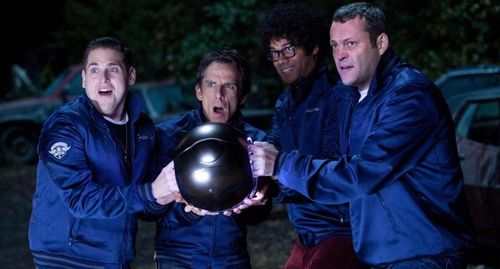 The last 20 minutes of “The Watch” are wonderful. Filled with exciting alien attack antics, a charmingly macabre playfulness, and actors sticking to a script, the climax of the film seizes the potential of the material, bringing on laughs and a little suspense. The rest of “The Watch” is tired, aggravatingly vociferous stuff, with an insatiable improvisational thirst that makes a perfectly agreeable premise look like an audition tape for The Groundlings. Frighteningly unfunny and disappointingly unimaginative, the feature is a missed opportunity on a grand scale, pulling together authentically funny people who spend most of the movie riffing themselves into a coma. It’s the first sci-fi comedy where one roots for more sci-fi. Read the rest at Blu-ray.com 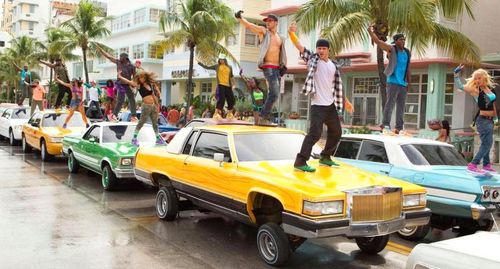 At this point, there’s really nothing helping to differentiate between the four “Step Up” pictures outside of the use of 3D. These are interchangeable movies, geared solely toward younger crowds who value the latest trends in dance choreography while enjoying tanned eye candy provided by the chiseled stars of the show. “Step Up Revolution” isn’t the worst of the series, but it’s the laziest, doing away with any type of dramatic substance and basic elements of logic to forge ahead as an extended music video. Perhaps this is all that’s required for most audiences, but when the writing is this flaccid and the performances resemble advanced robotics, a little production imagination could go a long way. Read the rest at Blu-ray.com 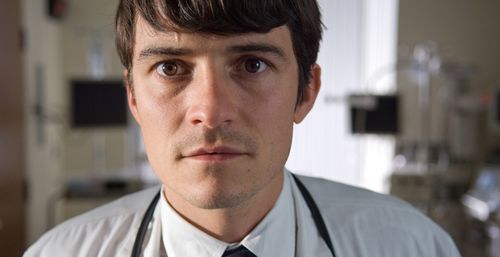 “The Good Doctor” is a classic example of a slow burn picture. Considering the vague creepiness of the titular character, the glacial pace could cause some viewers to lose interest in the delusions and devious plans of the plot. The movie takes a certain amount of patience to watch, and those approaching “The Good Doctor” with an open mind might find themselves pulled into the developing disease. A satisfactory shot at a psychological study with a light suspense coating, the feature maintains a convincing feel for surprises and bad ideas, guided by one of the better performances I’ve seen from notoriously wooden star Orlando Bloom. Read the rest at Blu-ray.com

I’ve seen movies about chimps in space and Muppets from space, but Nazis in space? That’s a new one. “Iron Sky” is a semi-farcical take on a futureworld German invasion, manipulating a low budget splendidly, turning limited resources into a feature that could compete with the blockbusters on a visual scale. However, its sense of humor is on the emaciated side, imagining itself as a Kubrickian romp out to tickle American politics, Nazi taboos, and war picture traditions. It’s ambitious and certainly digestible, but the chaotic nature of the material wears out its welcome quickly, leaving the extravaganza ideal B-movie eye candy best appreciated with the mute button engaged. Read the rest at Blu-ray.com 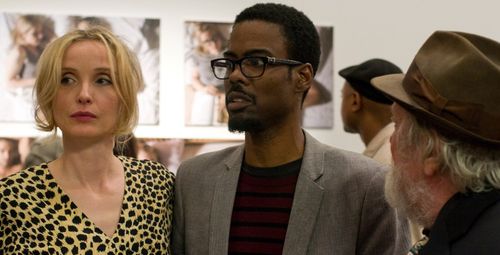 Without a doubt, Chris Rock is one of the funniest men alive. He’s an ace stand-up and astute social commentator, a vibrant performer with a lightning wit and agreeable vulgarity. However, there’s always been one thing that’s eluded Rock since he began his career, and that’s big screen comfort. He’s not a natural actor. Despite a filmography that’s spanned 25 years, Rock has never delivered extraordinary work, even under the direction of some of the greats. What “2 Days in New York” represents to Rock’s career is a breakthrough of sorts, with filmmaker/star Julie Delpy managing to massage out most of Rock’s habitual stiffness, guiding the comedian to his first satisfying performance. Read the rest at Blu-ray.com 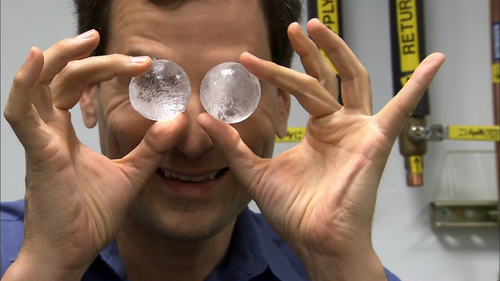 It's not every day that one receives the opportunity to bask in the expanse of the elements, leaving the "Nova" program, "Hunting the Elements," quite a distinctive viewing opportunity. Less of an analysis and more of a breezy overview of periodic table highlights, the program quests to bring the mysteries of science down to an approachable level while remaining challenging enough to provide scholarly types with an invigorating investigation of a habitually studied topic. Read the rest at Blu-ray.com 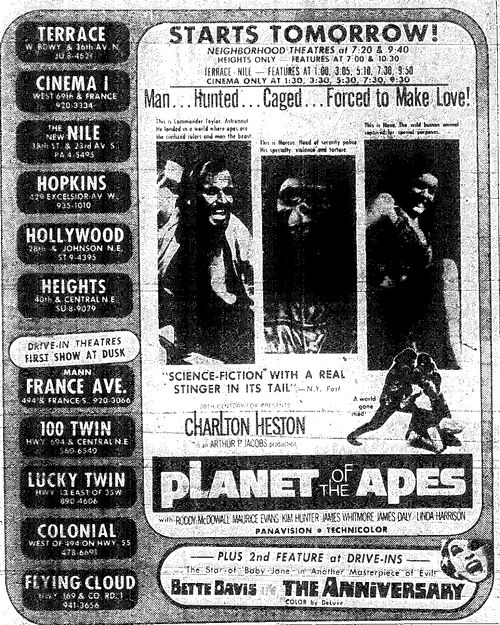 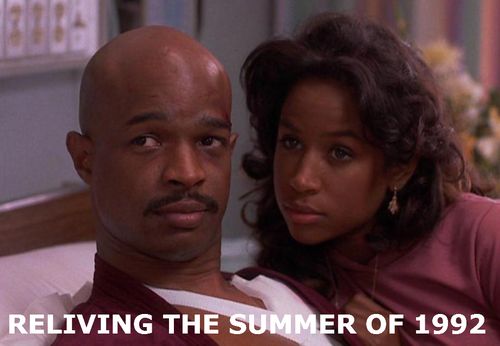 Damon Wayans attempts to acquire “Mo’ Money” with his first starring vehicle, and Teri Garr and Jeffrey Jones schlub up as “Mom and Dad Save the World.”

Sunday in the Park with Brian - Bavarian Blast 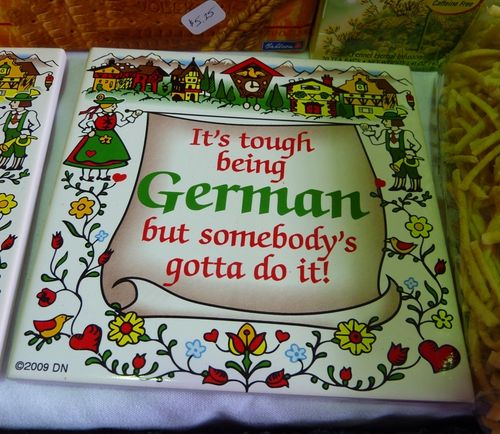 Continue reading "Sunday in the Park with Brian - Bavarian Blast" » 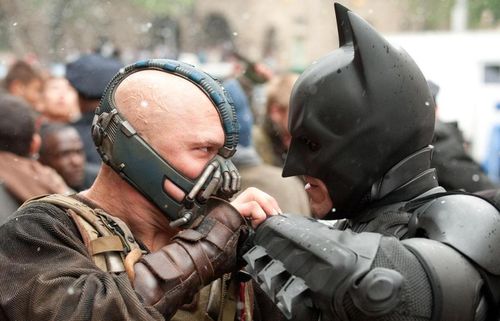 In 2005, filmmaker Christopher Nolan introduced “Batman Begins,” an effort to realign the brand name’s cinematic chi, returning the material to its comic book origins and intensity. It was a mission to restore Batman’s big screen roar. The leap of faith worked, transformed into a religion with 2008’s “The Dark Knight,” a blistering sequel that, while lacking surprise, catapulted the Caped Crusader to a moviegoing phenomenon. Strangely, Nolan and his team want to cap their creative reign at three installments with “The Dark Knight Rises,” concluding the saga of Bruce Wayne/Batman with a legitimately epic sequel intended to not only complete the narrative arc started in 2005, but possibly to burn down the multiplex as well. A guttural battle cry and sloppy social commentary, the final chapter of this magnificent series is likely to please those who’ve been waiting patiently for it, blasting forward with a gigantic conflict worthy of Nolan’s directorial gifts, performed by a first-rate collection of old friends and new adversaries. Read the rest at Blu-ray.com

There are movies that deserve sequels, but I’m not sure 1995’s “Showgirls” is one of them. A spectacular display of bad taste with a loathsome final act, Paul Verhoven’s picture was one of a kind, a great conjunction of vulgarities that could only emerge from nutty filmmaking professionals drunk on their own excesses. With the actual rights to “Showgirls” a tangle of legal affairs, one of the supporting actresses from the cult classic, Rena Riffel, has decided to mount her own continuation, ditching the snarling splendor of Nomi Malone to focus on poor little Penny Slot and her withered dreams of stardom. Yes, dear readers, Riffel has made “Showgirls 2: Penny’s from Heaven,” though I’m certain nobody asked her to. Read the rest at Blu-ray.com

Film Review - The Queen of Versailles 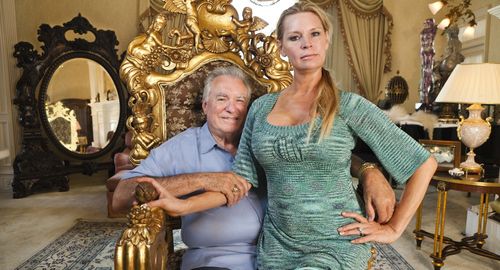 David Siegel took the real estate world by storm when he founded Westgate Resorts, a timeshare company based out of Orlando, Florida that quickly grew in stature and profit with its slick sales techniques and luxurious accommodations. Soon spawning multiple properties around America, Westgate blossomed into a billion-dollar business, peaking five years ago when the average vacationer could easily borrow money to purchase their dream getaway. The corporation permitted David a lavish lifestyle, a trophy wife in Jackie, and a family of eight children. The man could buy anything his heart desired, and he did, culminating in the construction of Versailles, a 90,000-square-foot home in Orlando inspired by a vacation to France. In 2007, this cavernous dwelling sounded like a great idea. In 2010, the unfinished domicile came to represent everything that soured in David’s life after the financial collapse of 2008. Read the rest at Blu-ray.com 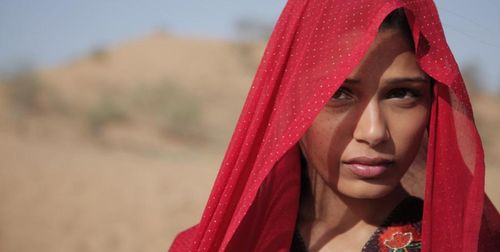 If there’s anything to absorb from director Michael Winterbottom’s filmography, it’s that the man loves to adapt the work of writer Thomas Hardy for the screen. After 1996’s “Jude” and 2000’s “The Claim,” now there’s “Trishna,” based on the Hardy story “Tess of the d’Urbervilles,” originally published in 1891. A tragedy, “Trishna” is heavy stuff, provided a distracting cultural approach by Winterbottom, who moves the saga from England to India, using a chaotic atmosphere to his advantage as he constructs a devastating arc for his lead character, taking viewers on a sensorial odyssey through despair, arranging more than a few wonderfully charged moments while touring this map of misery. Read the rest at Blu-ray.com

“360” is a story of sexual gamesmanship that takes a familiar multi-character journey around the globe. Director Fernando Meirelles (“The Constant Gardner,” “City of God”) has numerous subplots to juggle and societal urgencies to dissect, leaving “360” a sharply paced picture that’s more about ephemeral highlights than a lasting dramatic sting. A smoothly manufactured, intermittently upsetting look at impulses and desires, the feature boasts an exceptional cast to carry the brief but difficult challenges facing the characters, while Meirelles keeps the film humming along, braiding these strangers into a single display of yearning, albeit a craving that takes the occasional unsavory turn. Read the rest at Blu-ray.com

Film Review - Juan of the Dead

George Romero’s “Night of the Living Dead” and “Dawn of the Dead” have spawned countless imitations and tributes, yet none has matched the endearment and cinematic invention of Edgar Wright’s 2004 comedy, “Shaun of the Dead.” Pilfering the playful title for another round of zombie slaughter, “Juan of the Dead” is full-blooded Cuban take on the war against the undead. Benefiting from a pronounced sense of mischief and a charming feel for horror violence, the film is perhaps on a little too slight to fill out a feature-length run time, yet it’s spunky enough to entertain and occasionally horrify, though it’s not always the zombies that induce the most revulsion. Read the rest at Blu-ray.com

The 2010 film “Skyline” attempted to reduce the scope of a typical alien invasion picture by playing the intensity almost entirely inside an apartment complex. It was an awful movie but an interesting creative choice, easing crippling budgetary concerns. “Extraterrestrial” assumes roughly the same premise, though this is not an effort of sci-fi demolition, but a relationship saga with a side of paranoia. Never quite the feature most will expect it to be, “Extraterrestrial” is a charming submission of low-fi scripting, using a colossal development in universal happenings to reinforce the quirks and hazards of love. Read the rest at Blu-ray.com

It’s a little strange to be reviewing a second feature inspired by Arthur Schnitzler’s “La Ronde” in the same week (after Fernando Meirelles’s “360”), but I certainly see the creative appeal of a sexually charged collection of short stories, bound together by various acts of desire. Without directly comparing the pictures (they have little in common), “30 Beats” aims more for a lustful community atmosphere, with writer/director Alexis Lloyd organizing a series of monologues with numerous characters, each brandishing their own personal fetishes, demands, and teases, on the prowl for a carnal experience capable of disrupting their daily routine. Unfortunately, the filmmaker mistakes inertia for sensuality, keeping the material in a frustrating state of paralysis. Read the rest at Blu-ray.com