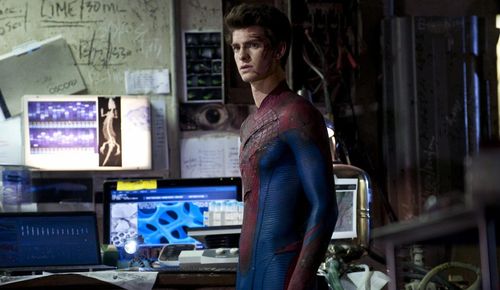 With the release of “Spider-Man 3” in 2007, the franchise fell into a rut. While marked with impressive action set pieces and a few flashes of director Sam Raimi’s whiplash style, the second sequel was a storytelling mess, hesitant with a dramatic direction and overstuffed with inadequate villains. Instead of permitting Raimi to untangle the series with a fourth installment, the decision was made to reboot with a fresh creative force, restarting what began a mere decade ago, resulting in “The Amazing Spider-Man,” one of the fastest do-overs in film history. While fully recast and reorganized, it’s a disappointment to see the new Spidey adventure resemble Raimi’s initial stab at big screen wall-crawler excitement, down to identical plot turns and conflicts. With millions being spent to rework Spider-Man for a new generation, it comes as a great surprise to a find a movie that’s essentially a remake, glossed up with new tech toys but covering the same dramatic ground. Read the rest at Blu-ray.com