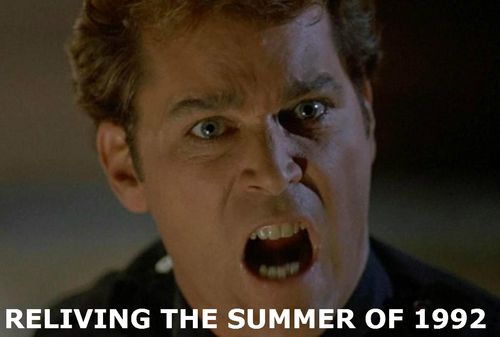 Ray Liotta terrorizes Kurt Russell and Madeline Stowe in the name of love while planning an “Unlawful Entry.”

Nutshell: When a burglar invades their suburban Los Angeles home, club owner Michael (Kurt Russell) and his schoolteacher wife Karen (Madeline Stowe) are left rattled and paranoid, leaning on reassurance from friendly cop Pete (Ray Liotta). However, as their relationship forms beyond the criminal incident, Michael becomes aware that Pete would like Karen all to himself, soon forced to navigate a series of villainous tactics designed to disparage his good name and keep him behind bars. With the L.A.P.D. turning their back on his pleas for help, Michael finds himself alone and outgunned, fearing for Karen’s safety as Pete rapidly loses connection to reality. 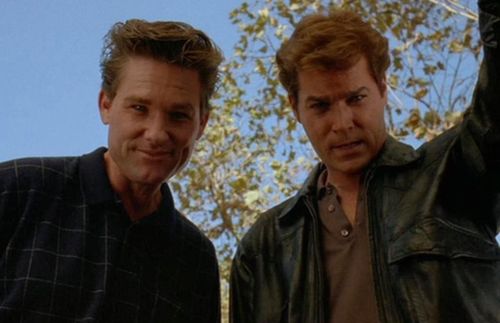 1992: I don’t blame the studios for their unwillingness to face off against a second weekend of “Batman Returns.” Pre-release, the Bat sequel was thought to be an unstoppable show of summer ticket-selling force, leaving direct competition incredibly light during a prime week of release. Only “Unlawful Entry” stepped forward to see what type of business was available to a non-superhero creation, assuming the adult counterprogramming position, selling R-rated heat with Russell, Stowe, and Liotta to older audiences.

By this time, I was quite curious about Kurt Russell, having viewed his work through television glimpses of films like “The Best of Times” and “The Thing,” along with theatrical visits to the likes of “Tango & Cash” and “Backdraft.” Don’t even get me started on “Escape from New York.” One would think Madeline Stowe would be a 16-year-old boy’s primary interest in “Unlawful Entry,” and while the actress’s sultry qualities were deeply appreciated at the time (1990’s “Revenge” prompting further investigation), Russell was the primary draw for this thriller, suiting up for a rare pushover role that required plenty of uncharacteristic squirm. Here, Snake Plissken was going to be pulled through the wringer, and I was looking forward to studying the results. 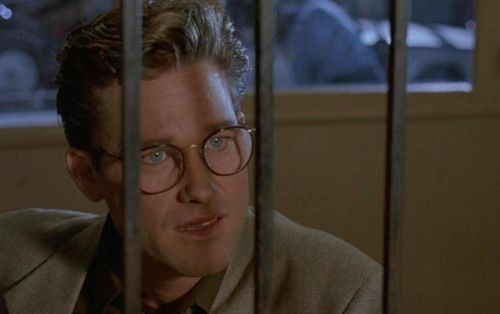 Deeming it predictable, I was left hanging by “Unlawful Entry.” Generally appreciative of the performances and the unexpected anti-cop attitude swirling around the picture (an eye-opening concept for me in 1992), the Brichives share a tremendous disappointment with the “stupid” finale, which appears to have colored the entire moviegoing experience, hinting that a little acid was splashed on the page while I figured out a final grade for the feature. 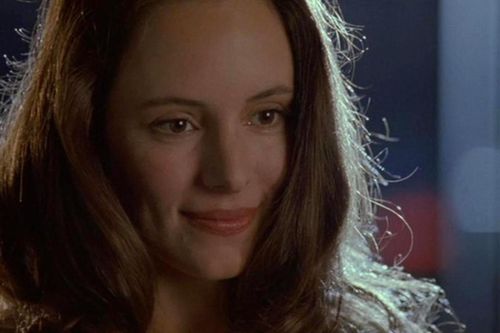 2012: Okay, I get it now. “Unlawful Entry” is an exploitation movie, not some regal studio thriller with refined elements begging for appreciation. It’s a frivolous summertime diversion directed by Jonathan Kaplan, a graduate of the Roger Corman School of Schlock, who returns to his roots here, constructing a slow-burn exploration of psychological erosion, peppered with sickening turns of manipulation and hopelessness, expanding on the idea of a cop as the ultimate criminal. 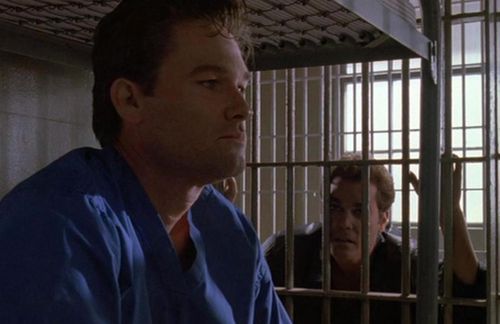 For 85 minutes, Kaplan absolutely nails the sinister atmosphere of the picture, urging Liotta to wind himself up into a delusional fury (perhaps having to bark at another female character named Karen during his career was ample motivation), while Russell delivers a wonderfully composed whimper, straddling the line between defenselessness and wussiness. The director does a spectacular job tightening the noose, creating a toxic tension between Michael and Pete as social pleasantries melt away to reveal utter disgust -- a disturbance milked to satisfaction by the screenplay, which serves up all types of public and private humiliations and dangers for the man of the house, successfully pushing him out of view. “Unlawful Entry” does a tremendous job provoking the viewer with crude elements of bullying. 20 years later, and I’m still yelling at the screen for Michael to shoot Pete dead when the opportunity first arrives.

Released only a few months after the 1992 Los Angeles riots cooked the west coast, “Unlawful Entry” bravely establishes the L.A.P.D. as an evil brotherhood, happily indulging various abuses of power. While I don’t have any recollection of controversy surrounding the release of the film, I would’ve loved to have been inside an L.A. theater on opening night, watching the movie with a full crowd, preferably with the air conditioning on the fritz. I’m sure the tension could’ve powered Disneyland for a month. 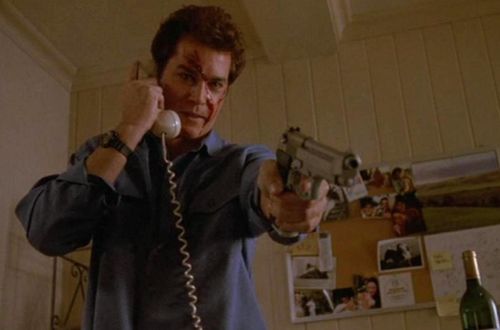 Although I was hoping for a different perspective on the woeful climax of “Unlawful Entry,” it seems nothing has changed. Protracted and clichéd, the conclusion to this battle of access and stares is a severe letdown, sullying all the superb effort made to divide Michael and Pete, while reducing Karen to a quaking lump of bad decisions. The visceral attitude of the closer I get -- people want see Pete punished in an awful way. What’s tremendously disappointing is the formula, slowing the film down to inhale the cop’s sickness in full, even buttoning the picture with a slasher-style scare, just to leave the paying audience sufficiently exhausted. The effect is tedious, especially with a feature eager to layer on unease, only to stop dead in the final 25 minutes to make Pete’s marital and physical assault as obvious as Stowe’s relentless bralessness. “Unlawful Entry” deserved a finale as devious as the rest of the movie. 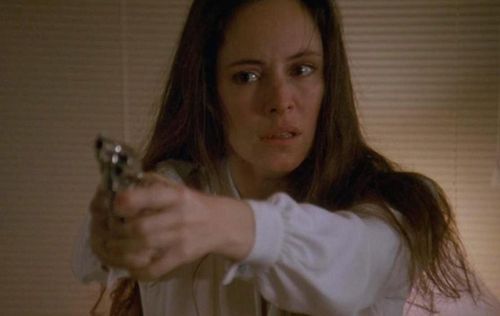 The women bring out their catcher’s mitts to play with baseball bats. 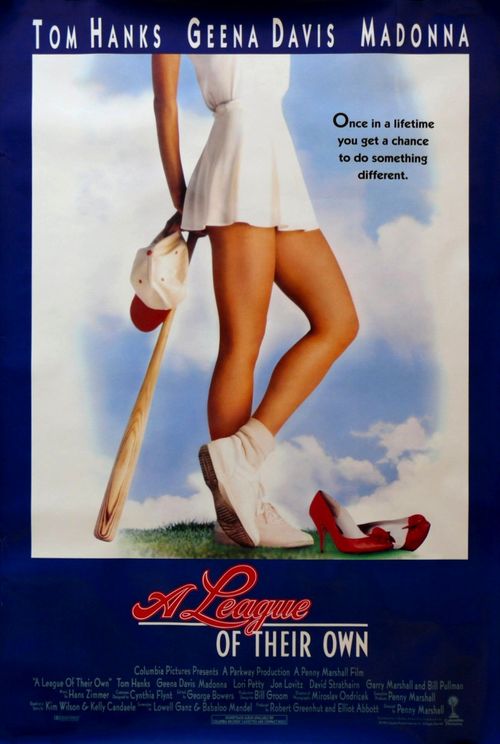 And Eddie Murphy goes soft to rebuild his career. 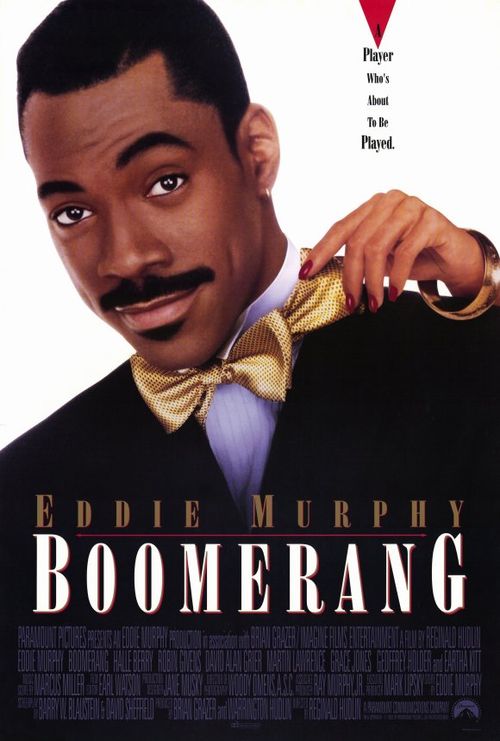