Film Review - The Loved Ones 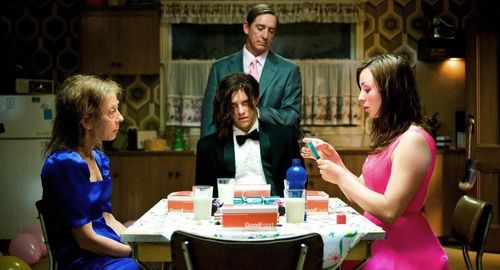 Now here’s a gem from Australia that took its time reaching American multiplexes. “The Loved Ones” was unleashed in its native land all the way back in 2010, only now finding a limited release to gradually ease audiences into this dark story of torture and adolescent urges. While the picture is vicious, it’s also sharply crafted, superbly performed, and legitimately suspenseful, making it one of the few highlights in a genre not known for filmmaking effort. It’s not a movie for every taste, but those with a fondness for cinematic evildoing might find themselves richly entertained by this macabre feature, which somehow manages the finer points of grief and festering wounds with exceptional directorial skill.

After killing his father in a car accident, teen Brent (Xavier Samuel, “The Twilight Saga: Eclipse”) is left to carry the burden of guilt, using self-injury to cope with the loss, while thoughts of suicide tempt him. Finding hope in Holly (Victoria Thaine), Brent prepares to take his girlfriend to the prom, only to be interrupted by Daddy (John Brumpton), who kidnaps the young man, tying him to a chair inside a decrepit home he shares with Lola (Robin McLeavy), his mousy daughter and one of Brent’s adoring classmates. With his vocal cords chemically tainted, Brent is left powerless as Daddy arranges a dining room prom for Lola, providing his beloved child with the blast of attention she craves. Of course, what’s actually in store for Brent is far more horrifying than the average school dance, forcing him to scramble for an escape while his mother and Holly worry far away, believing the boy has taken his own life. 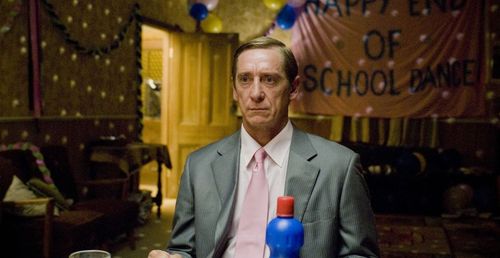 “The Loved Ones” is an interesting cocktail of terror that perverts the vulnerability of adolescence into an arresting theater of pain, watching Lola exact her depraved sense of revenge on the boys who’ve turned her down for dates at school. Using the gagged and bound teen as her personal punching bag to berate and slice to her delight, Lola is a particular screen monster worth paying attention to, peeling away a shy girl routine to reveal a ghoul in a perfect pink dress, happily indulging her sadistic side while Daddy, her helplessly inappropriate guardian, assists his darling daughter with this agonizing dance party, also attended by Bright Eyes (Anne Scott-Pendlebury), a catatonic elderly woman with a hole drilled into her head, sitting silently in an adjacent chair.

Written and directed by Sean Byrne, “The Loved Ones” isn’t a superficial ride of suffering, instead displaying great capability with its characters, who, despite a run time of 77 minutes, manage to communicate a sense of life, keeping the enterprise away from blatantly cheap thrills or icky patches of cruelty. Brent is written as a shattered young man, testing the waters of death, only to find himself in a fight for his life against a girl he previously dismissed as pathetic. Even Lola has a few layers to inspect, although her general demeanor is one of madness, nurtured by the unspoken depths of Daddy’s toxic attention, creating a decidedly uncomfortable sexual energy in the room.

There’s a B-story to enjoy as well, following Brent’s classmate Jamie (Richard Wilson) as he embarks on prom night with Mia (Jessica McNamee), a volatile Goth girl with her own issues, resulting in an evening of chemical excess and unexpected backseat adventures. The community that populates “The Loved Ones” is connected in surprising ways, and Byrne shows care with these personalities, creating plausible concern where a lesser filmmaker would revel in the bloodletting. For a movie that’s fairly hostile, with extreme acts of violence (the evening gets a whole lot worse for poor Brent), it’s downright miraculous to feel a connection to the characters in a small but significant way. 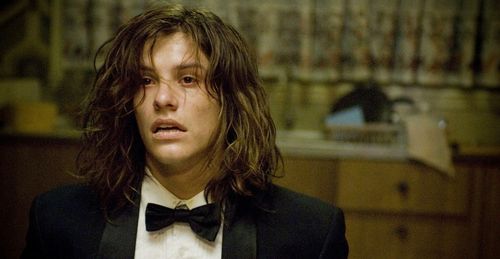 The atmosphere within “The Loved Ones” is haunting, aided by superlative cinematography by Simon Chapman, who brings a stunning feel for color to the screen, smashing recent monochromatic trends to make madness beautiful to watch, with blazing pinks generating riveting alarm. Performances are equally inspired, with McLeavy delivering pure imbalance as the quaking prom queen of the kitchen, owning the film with her commitment to an explosion of repressed hallway hand-holding fantasies. Byrne also pays tribute to the horror gods with a climax straight out of “Texas Chain Saw Massacre,” nailing a magnificently visceral tone for his grand finale.

While small in stature, “The Loved Ones” packs an outstanding wallop, submitting a twisted viewing experience to those brave enough to attend this demonic prom.