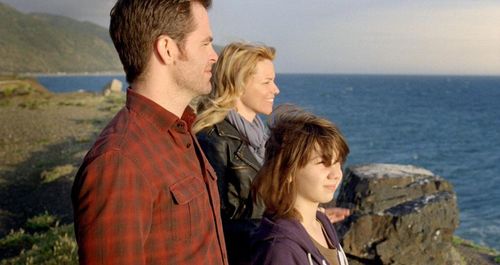 “People Like Us” is the type of film that would be completely derailed by a simple act of honesty. The drama presented here could be wiped away in minutes if the lead character showed a little backbone and dumped his feelings at first contact, but that doesn’t happen. Instead, the screenplay is an exercise in prolonging the inevitable, making the viewer experience the discomfort of a man perfectly capable of solving his problems, but can’t quite make the leap in communication. The trick of “People Like Us” is making the audience not mind the unnatural delay, supplying characters dimensional enough to ignore their odd lack of common sense. The picture has that power. Read the rest at Blu-ray.com