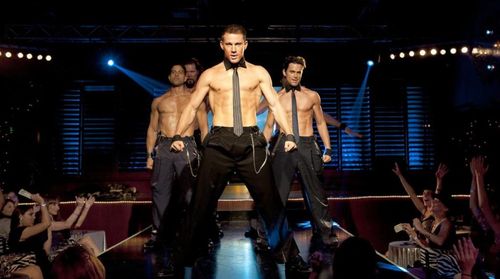 The daily business of male strippers isn’t something seen on the screen very often. There’s 1983’s “A Night in Heaven,” a subplot in 1987’s “Summer School,” and if you squint hard enough, perhaps 1997’s “The Full Monty” counts as well. Forgive me if I’m not 100% versed in the subgene, but I have seen enough tales of drug abuse and movies about womanizing to recognize that “Magic Mike” flounders in the storytelling department. Attempting to gyrate away the staleness of the screenwriting, director Steven Soderbergh pulls out every trick in the book to make “Magic Mike” mean something beyond its parade of shaved backs and tanned buttocks, but it’s a lost cause, endeavoring to bring meaning to material best appreciated for its surface appeal. Much like Magic Mike himself, the film is better seen than heard. Read the rest at Blu-ray.com