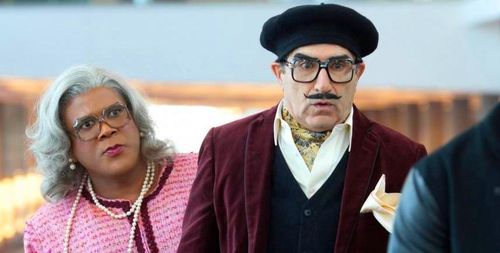 Without rehashing old criticisms, it’s been difficult to appreciate the work of Tyler Perry over the years. At this point in his career, the Madea movies act like his own personal ATM machine, raking in the box office coin to provide the filmmaker freedom to try on a few shades of melodrama in other features. After the general disinterest handed to February’s “Good Deeds,” it makes sense to be confronted with Madea again, with Perry sprinting to his most popular character as a way to hurriedly win back his audience before he’s off to his next endeavor. However, I suspect most of the icon’s die-hard followers won’t find much to enjoy about “Madea’s Witness Protection,” a picture that finds Perry channeling the comedies of Jerry Lewis. At least Lewis in his later years of performing. Like “The Day the Clown Cried.” Read the rest at Blu-ray.com