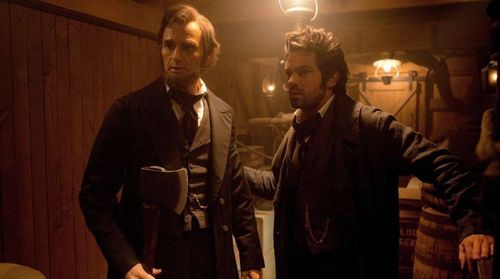 Fun is in short supply during “Abraham Lincoln: Vampire Hunter,” a strange development for a picture that posits the 16th President of the United States as a fearless destroyer of bloodsuckers, armed with a silver-dipped ax and gentlemanly outrage. I’m not suggesting such a premise needs to be camp, but it should be a widescreen riot of the highest order. In director Timur Bekmambetov’s care, “Vampire Hunter” is a CGI-drenched drag suffering from a gutted script and dependence on noise to carry itself forward. Poorly cast and much too severe for its own good, this ambitious attempt to pants history in the blockbuster tradition carries unnecessary weight, eventually slumping to a dreary finale that renders the whole effort a missed opportunity. Read the rest at Blu-ray.com