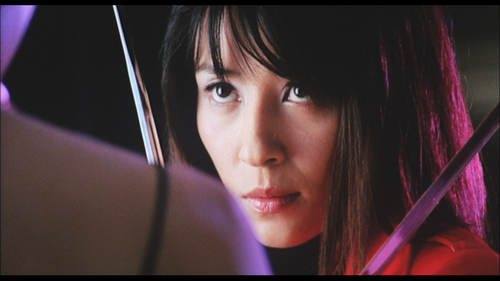 I'm not sure what type of women-in-prison film "Female Convict Scorpion" is aiming to be, but it's not a very successful one. With a subgenre that typically thrives on outlandish behavior, overheated performances, and exploitation elements up the wazoo, "Female Convict Scorpion" only hints at a larger scale of madness, remaining subdued for the majority of its run time for reasons not fully understood. Boasting only a few celebratory screen elements and a handful of committed but not necessarily inspired performances, the feature is a disappointment, unwilling to truly rear back and vomit forth a particularly sticky mess of breasts, beatings, and elaborate designs of revenge. Read the rest at Blu-ray.com