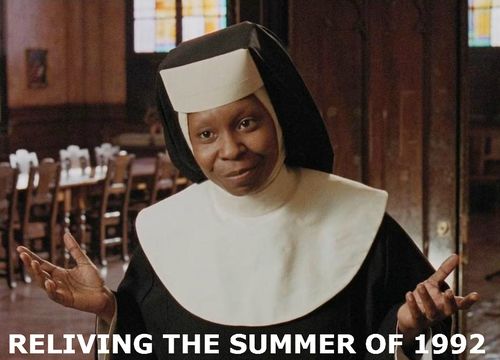 Nutshell: Lounge singer Deloris (Whoopi Goldberg) is trying to shake off her married mobster boyfriend, Vince (Harvey Keitel), witnessing a murder in the process. Looking for police protection, Deloris turns to Lt. Souther (Bill Nunn), who dreams up a plan to hide the singer at St. Katherine’s Church, disguising the feisty woman as a nun, placed into the care of the uptight Reverend Mother (Maggie Smith). At first appalled by the rules and hours of the order, Deloris, now rechristened Sister Mary, finds use as a choir director, turning the mousy ladies (including Wendy Makkena and Kathy Najimy) into a powerhouse vocal group, using the hits of the 1960s as inspiration. Growing into a beloved member of the team, Deloris is quickly reminded of outside danger when Vince orders a hit on her, endangering her new friends. 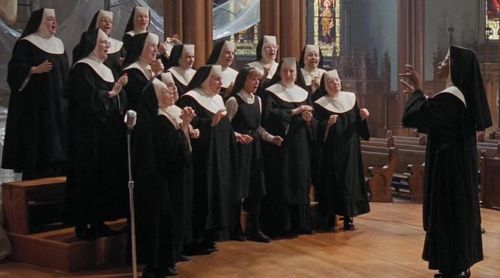 1992: While I’m sure Disney had high hopes for “Sister Act,” I can assure everyone that those in the theatrical exhibition trenches did not share those expectations when the feature opened. Around my neck of the woods, “Sister Act” was treated as a lark, a disposable, high concept Whoopi Goldberg vehicle slathered with a soundtrack of heavenly hits. I honestly didn’t think anyone would show up to see such a silly film, but then again, predicting audience reaction has never been one of my gifts.

Ticket buyers stampeded into “Sister Act” over the course of the summer, making it the official sleeper hit of the season, with a tentative opening weekend snowballing into big bucks, knocking down blockbusters left and right. The movie was so popular, every showing was almost a religious experience, with peals of laughter and the sound of tapping toes filling the air as it played for months, consistently drawing major crowds during the weekend shows. I spent a lot of time lounging in back of “Sister Act” auditoriums, studying crowd reaction, which would often be nothing short of rapturous -- pure squeals launched from the families and seniors gathered, who swallowed the shenanigans whole, practically falling faint in the presence of the musical numbers. 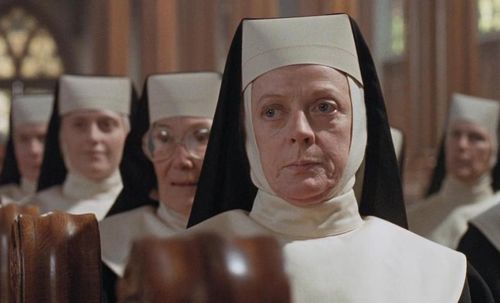 The response to the picture was amazing and, of course, gradually irritating, with unlucky theater cleaners like me forced to endure the rainbow-sprinkled “I Will Follow Him” closer over and over, rubbed raw by the cheery conclusion that often triggered hysterics in the audience. Today’s multiplex soldiers should thank their lucky stars new releases only have a three-week shelf life. 1992 was still an era where a hit film could haunt a theater for months, battering minimum-wage warriors with prolonged screen exposure. “Sister Act” glued itself to a projector for what felt like a century, making “I Will Follow Him” a torture device I’ve never fully recovered from all these years later. 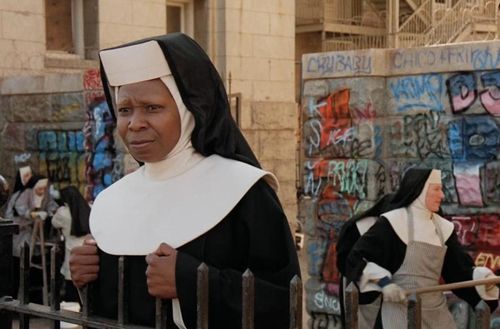 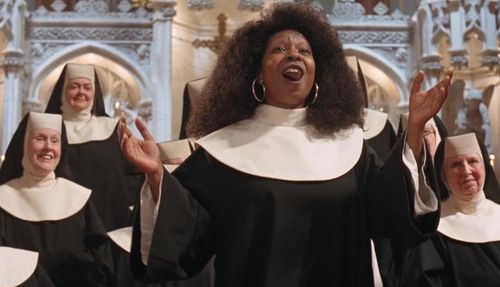 2012: I should mention that I was mildly positive on “Sister Act” in 1992, appreciative of its rare forays into broad comedy, yet dismissive of its serious streak when it labored to make fluff significant. I’m actually less tolerant with the picture 20 years later, finding the feature a strange mix of vanilla delights and unnecessary roughness, creating an uneven film that’s eager to please but doesn’t know what to do beyond its obvious strengths.

Clearly, Deloris’s adventures in the church should be focal point of the movie, and director Emile Ardolino (“Dirty Dancing”) does hit a peaceful stride of nunsense in the midsection of “Sister Act,” as the visiting sister manages to loosen up the order, encouraging the gang to take their message to streets (montage!) and intensify their Sunday act. The picture is most confident here, embracing the idiosyncratic nuns and Deloris’s dissolving anxiety, having fun with lightweight material that’s shellacked with cutes. Nuns sing pop hits! They clean up the neighborhood! Shame porn consumers! Share hopes and dreams! It’s easily digestible cinema handed a nice bit of sass from an engaged Goldberg and a dusting of cinnamon from a persistent supporting cast, including a cherubic Najimy, who killed her on-camera career with this performance, forever tied to the giddy, smiley, jiggly Sister Mary Patrick. 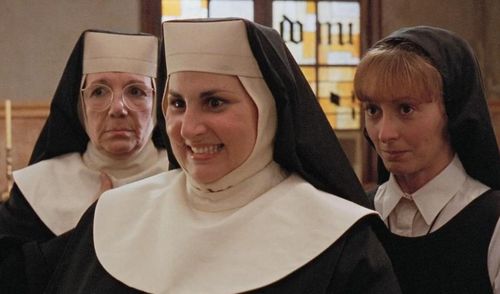 While certain sections of the movie are fluffed to cotton candy standards, there’s this whole subplot with Keitel and the mob business that’s unwatchable and tonally destructive. It’s like frosting a cake with lead. Gunplay opens and closes the film, and there’s plenty of sluggish police business brewing in the middle. It’s oppressive and laborious, attaching unbearable convention to an effort that’s best fully relaxed and attentive to character foibles and misunderstandings. It was quite surprising to revisit the feature and observe how violent it actually is, especially smashed up against all the heavenly attitudes and jolly musical numbers. “Sister Act” doesn’t even really need a plot at all, just a brief set-up and cool down. Keeping Goldberg away from her skills of convent discomfort is merely padding a picture that doesn’t need the layers. 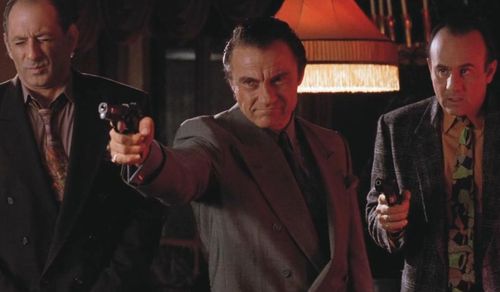 “Sister Act” is cute but rarely funny. Perhaps this is my cynicism taking over, or maybe my youthful optimism was engorged in 1992. Either way, I don’t quite understand the allure, especially when the picture has gone on to spawn a sequel and a Broadway musical. There’s something about those singing nuns that keeps the crowds a-coming. Nothing like a heartwarming Disney comedy with a body count to raise spirits. 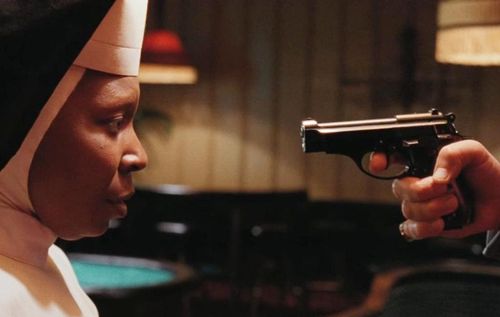 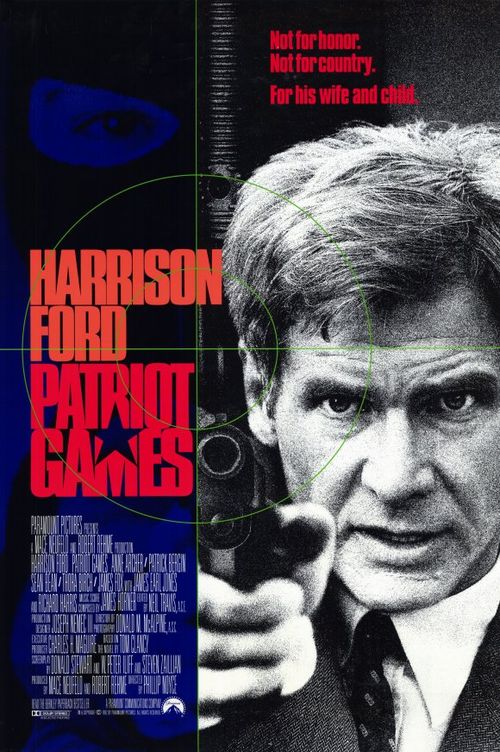 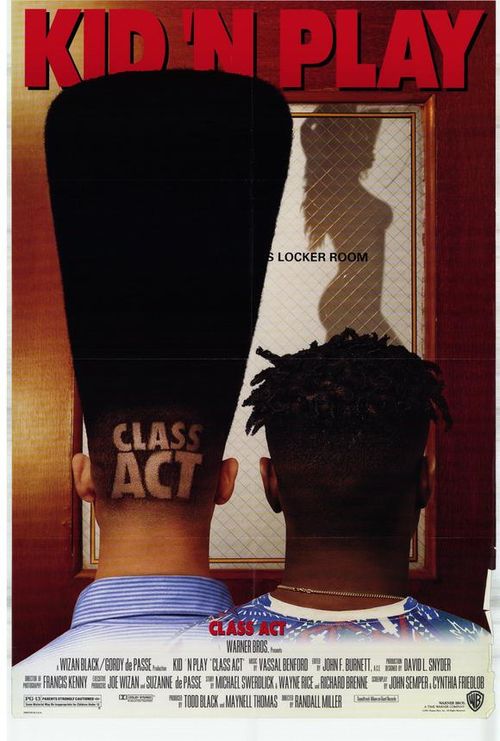