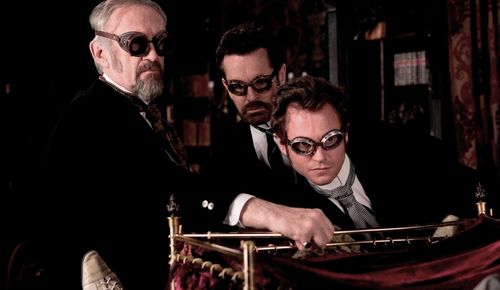 A young doctor in Victorian England fed up with the medical community’s unwillingness to accept new standards in the industry, Mortimer (Hugh Dancy) is ready for a radical new direction to his career. Finding work as an assistant to Dr. Dalrymple (Jonathan Pryce), Mortimer discovers the good doctor specializes in digital manipulation on women to cure their hysteria -- at the time a powerful diagnosis that could lead to institutionalization. While his work offers relief to many, Mortimer finds his hands are nearly ruined by the lengthy process. Enter Lord Edmund (Rupert Everett), benefactor and inventor, who helps Mortimer turn an electric feather duster into a crude vibrator, able to bring women to climax in a matter of minutes. As Mortimer acquires success with his tool, he also faces the plight of Dr. Dalrymple’s daughter, Charlotte (Maggie Gyllenhaal), a proto-feminist trying to keep a school for the disadvantaged funded, upset with her father’s dismissal of her passion, yet drawn to Mortimer’s kindness. 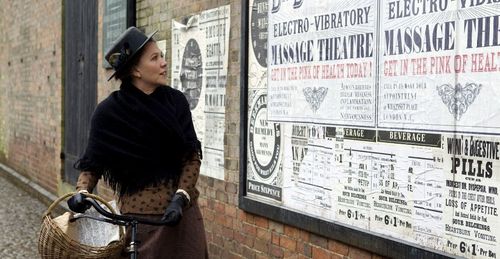 Accepting quite a creative challenge, director Tanya Wexler and screenwriters Stephen Dyer and Jonah Lisa Dyer are faced with a delicate premise in “Hysteria.” It’s not every day that an origin story about the vibrator comes around, leaving the picture with an enormous test of tonality, cautiously building a world for “Hysteria” that will prevent immediate dismissal as a one-note joke. To the film’s credit, there’s an actual story here being told, rooted in truth. However, the anxiousness to slap something on the screen that could help to ground the subject in human concern is where the enterprise takes a wrong turn.

“Hysteria” is rushed, or perhaps edited severely, speeding through Mortimer’s job search, his rise as a beloved masturbator of women (in the name of medical assistance, of course), his burgeoning romance with Charlotte, his arranged coupling with Dr. Dalrymple’s other daughter Emily (Felicity Jones), the invention of the vibrator, Charlotte’s monetary woes, and her eventual trial for assault. All this in 90 minutes, when, in fact, most viewers would be more than content to remain on the development of pleasure in the name of science. Considering how coldly hysteria was treated in this era, there’s more than enough material to pack a screenplay with Mortimer’s adventures alone, observing the man interacting with tentative ladies, maintaining a gentlemanly façade while engaged in heated acts of stimulation, which come to ruin his grip while opening up unexpected professional opportunities. 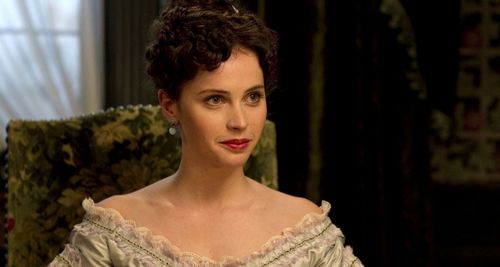 The rise of the vibrator carries great amusement and interest, handled beautifully by Wexler, who juggles the absurdity of the situation with the reality of sexual urges, finally taking shape in the female consciousness while men brush away such need as oncoming madness from an insignificant gender. Managing laughs, audience discomfort (it’s not the easiest thing to watch such “therapy” on a screen with a room full of strangers), and a genuine sense of mechanical discovery, “Hysteria” collects all of its highlights in the first half. Wexler achieves a winningly light tone to the feature, pulling wonderful performances from the cast, with particular energy emerging from Gyllenhaal, who’s normally such a bitter screen presence. “Hysteria” is legitimately fun, also making a little room to explore sexual repression in the dawn of the European suffrage movement.

As the second half arrives, the picture dies. Trying to pile on setbacks and tragedies, “Hysteria” exhausts its focus, ultimately reaching for a romance connection between Mortimer and Charlotte to ease out of the story, accepting formula to smother a decidedly original premise. It’s deflating, slowing the vibrator revolution to deal with Charlotte’s frustrations, which carry little impact, dragged into a courtroom showdown in the finale that’s worthless. Taking attention away from the novelty of the movie limits its lasting effect, shutting off the good vibes to play conventional beats of romance that don’t belong in a film concentrated on the wonders of self-love.