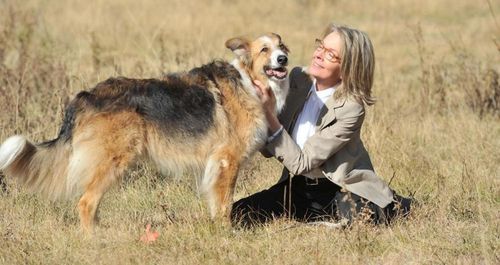 It’s been nearly a decade since Lawrence Kasdan last made a movie, making “Darling Companion” a welcome return to screens despite pronounced faults. One of the better screenwriters in Hollywood, Kasdan was last seen guiding 2003’s “Dreamcatcher” (a weirdo guilty pleasure), a big-budget Stephen King adaptation that failed to attract much attention at the box office. The filmmaker returns to his character-based roots with his newest effort, a chatty, quirky comedy sure to draw divisive reactions from viewers. While it’s far from perfect, “Darling Companion” is pure Kasdan, and it’s great to have him back behind the camera again.

Beth (Diane Keaton) is an emotionally volatile woman married to Joseph (Kevin Kline), a remote surgeon. Finding a wounded dog one afternoon, Beth decides to keep the mutt, naming him Freeway and soon making him a part of the family, much to Joseph’s dismay. While in the wilds of Colorado for their daughter’s (Elisabeth Moss) wedding, Joseph loses track of Freeway during a morning walk, sending Beth into hysterics. Forming a search party, Joseph’s sister Penny (Dianne Wiest), her goofball boyfriend Russell (Richard Jenkins), her son Bryan (Mark Duplass), and psychic Gypsy housekeeper Carmen (Ayelet Zurer, “Angels & Demons”) spend the next few days tracking Freeway in the mountains. During this troubling time, bonds are strengthened, confessions are made, and love blossoms, with the bickering clan unified on the hunt for the missing dog. 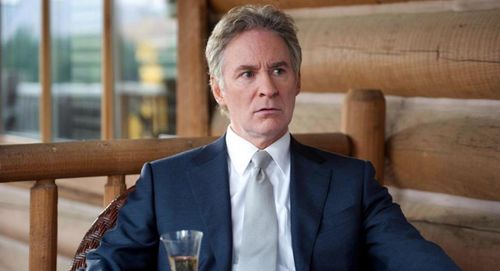 As the creator of “The Big Chill,” “Grand Canyon,” and “The Accidental Tourist,” Kasdan has an ear for complex human response, blended with eccentricities and unspoken desires. It’s a serio-comic stance that’s served him well throughout the years, with “Darling Companion” (co-written with wife Meg Kasdan) a tentative step back into the industry, shaping a small-scale story of animal loss triggering a wave of honest communication that’s become alien to these characters.

Shot with HD cameras (obvious technical limitations do nothing to tarnish the beauty of the locations), the feature unfolds carefully, gradually revealing its personality to keep viewers invested. Opening with a standard display of familial dysfunction, “Darling Companion” does an outstanding job introducing the players in this panic, getting to know everyone before they’re off to find Freeway, which quickly complicates relationships and accelerates hostilities. The cast is playful and slide easily into the soft tempo of the piece, with Kline the perennial jester, arming Joseph with a series of puzzled reactions to Beth’s hysteria. There’s strong interplay with this ensemble, bouncing around the searching, spunky screenplay, which spotlights the strengthening of bonds and the peculiarity of the locals, including a sheriff (Sam Shepard, in a rare comedic role) battling a kidney stone. Nothing extraordinary occurs in “Darling Companion,” with the Kasdans content to focus on tested relationships, studying the dead ends of the dog search and how that frustration influences the participants. 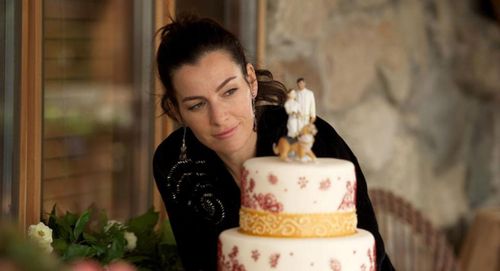 For the first hour, “Darling Companion” remains amusing and interesting, getting to know everyone’s dreams and their idiosyncrasies. The second half of the overlong picture takes on a slightly wackier tone that’s jarring, finding Joseph and Beth lost in the woods during their mountain trek, with the doctor soon requiring his delicate wife to help him pop his arm back into its socket after a rough fall. The limitations of Carmen’s mental powers are also discussed in full, finding the character somewhere between a kook and seductress, with Bryan hopelessly drawn to the woman. There’s a fight between Russell and a dog-hoarding recluse, and Kasdan even makes room for a brief but striking animated dream sequence, as Beth imagines how Freeway is faring on his own in the wild. “Darling Companion” takes some odd turns late in the feature, revealing stretch marks as the screenplay strains to layer on weirdness to keep the whole endeavor compelling. Certain moments are forced, but never derail the viewing experience.

“Darling Companion” doesn’t reach the poignancy Kasdan is after, but it offers plenty of tender moments communicated by a gifted cast. Although the end result can be a mixed bag of tonalities, it’s reassuring to feel the Kasdan vibe after 10 years of silence. I hope it’s not another decade before he decides to direct again.