Film Review - To the Arctic 3D 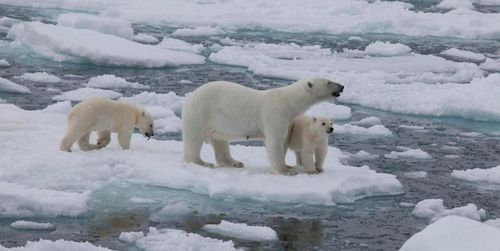 A significant amount of nature documentaries are created every year, and each one of these productions tends to follow a common structure of introduction and behavioral understanding, punctuated with a harsh environmental message, hoping to inject a sense of action into the viewer. “To the Arctic 3D” is an IMAX effort that does away with friendly preambles to hit the audience right in the gut with the realities of life near the North Pole. Our world is heating up and the ice is melting, leaving those creatures dependent on ruthless conditions and steady climate changes to fend for themselves in a new frontier of water and warmth.

“To the Arctic” barely offers a hello to the audience, devoting all of its 40-minute run time to the challenges of life up north, paying particular attention to polar bears and their newfound struggle to feed as the ice disappears. Dependent on a network of ice floes to retrieve seal meat and assorted arctic delicacies, the bears are beginning to lose the consistency of their habitat, watching as water gradually assumes command of the region, making passage and hunting more physically taxing than ever before. “To the Arctic” tells a story of survival and adjustment, focusing on the experiences of a mother polar bear and her two cubs, struggling to find food and comfort while forced to take extended swims to find fresh floes and stable ground. 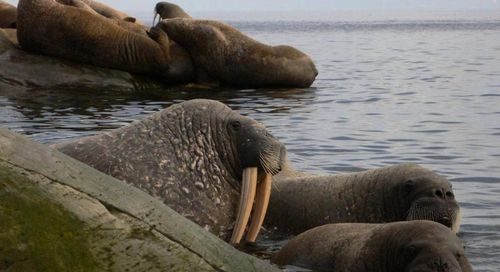 Directed by IMAX vet Greg MacGillivray, “To the Arctic” doesn’t have much time to establish a smooth increase in anxiety or expanse of community. Although the picture is primarily concentrated on the polar bear, time is set aside to explore how climate change is disturbing the walrus community and the Inuit people -- a population with an advantage, able to alter their lifestyle with change in temperatures, yet deeply concerned for the welfare of wildlife. The asides are brief, barely making an impression as the film speeds along, mixing glorious IMAX shots above and below the water (the 3D is impressive, but almost unnecessary when detailing the natural splendor of the arctic) with animal concerns, hoping to build an outline of the area and its inhabitants. The visuals are marvelous (who doesn’t love watching polar bears at play?), yet there’s little substance to the production that helps to engorge the environmental protection message. Instead, there are only fragments, meeting friendly people devoted to the research and preservation of the region.

Narration by Meryl Streep is the film’s secret weapon (songs are provided by Paul McCartney), with her honeyed coo aiding any rough digestion of these dire events. She’s an ideal match to the material, able to express awe and concern with subtle vocal changes, also bringing motherly warmth to the images, a quality needed when the picture isolates grim hunting instincts once hunger pains kick in hard. A large portion of “To the Arctic” is devoted to the aforementioned polar bear family as they work to evade a lone male bear on the prowl to devour the helpless cubs. It’s strong stuff, reinforcing the desperation of this new land as it struggles with the destruction of routine. 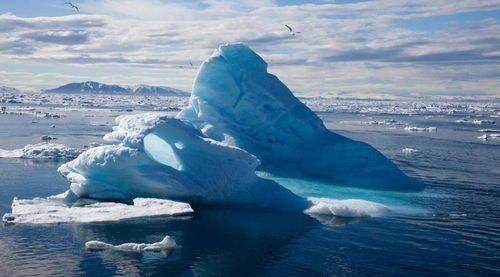 It’s admirable to have a larger-than-life movie endeavor to imprint a sense of alarm into viewers, though similar documentaries have found more articulate ways to weave dread and behavior together in one consistent stream of ideas. “To the Arctic 3D’ is a beautiful film. It just doesn’t offer a depth of concern or discussion beyond superficial, disorganized bites of experience, surveillance, and graphs. Any trip to this area of the globe is worth the journey, but for all of the warning and dire passages of the story, there’s no sustained sting of reaction, with much of the worry communicated here equaling white noise.