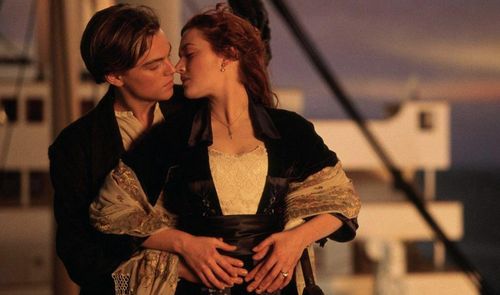 When it entered production in 1996, “Titanic” was widely considered to be a disaster in the making. Armed with an enormous budget (in all, over 200 million dollars was spent to create the movie), James Cameron set out to make the ultimate tribute to the 1912 ocean tragedy, blending a soft, romantic drama with a frantic recreation of maritime doomsday. It was a colossal undertaking, opening itself up to massive criticism even before a frame had been exhibited, with many fearing Cameron had gone too far and spent too much. And then “Titanic” opened in December of 1997 to positive reviews and mammoth word-of-mouth business, quickly establishing itself as a phenomenon that carried over to much of 1998, topping the box office, filling the airwaves with Celine Dion’s ubiquitous “My Heart Will Go On,” and sweeping up two armfuls of Oscars. “Titanic” went from a certain failure to a feature everyone had to see. If you were in a training bra during its initial theatrical release, you probably saw it a few more times than everyone else. Read the rest at Blu-ray.com