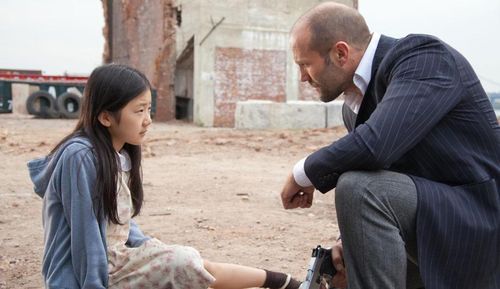 When it comes to Jason Statham and his action entertainment endeavors, one always knows what to expect. While maintaining a perfectly respectable career as an unshaven action figure, Statham’s movies haven’t always displayed a level of concentration and imagination that could solidify the star as a punch-happy icon. “Safe” is a fitting match of the actor’s growly determination to restless cinematic overload, with writer/director Boaz Yakin orchestrating a largely insane bruiser that invests in mesmerizing absurdity. It’s ridiculously violent and frequently flat-out ridiculous, but the picture’s commitment to the underlying promise of roaring bullet-drenched mayhem is kept in a big way. With “Safe,” Statham finds assertive material that fits his limited range like a glove, blending the diminutive scrapper into a larger portrait of New York City chaos, prizing every last broken bone and open wound.

A former cop turned cage fighter, Luke (Jason Statham) is faced with unimaginable pain when Russian gangsters kill his pregnant wife, sparing his life as punishment for gambling offenses. Forced to live on the streets, the broken man receives a powerful education on survival, leading him to thoughts of suicide. Into his life comes Mei (Catherine Chan, stiff but satisfactory), a brilliant young girl from China dragged to New York City to help organize an underground casino circuit, with her captors (including James Hong and Reggie Lee) using her photographic memory to avoid creating a paper trail. Rescuing the child from danger, Luke quickly bonds with Mei, learning of a special code locked away inside her memory that ties together the Triads, the Russians, N.Y.C. cops (led by Robert John Burke), and the Mayor (Chris Sarandon), with everyone on the hunt to kill the girl and her relentless guardian angel. 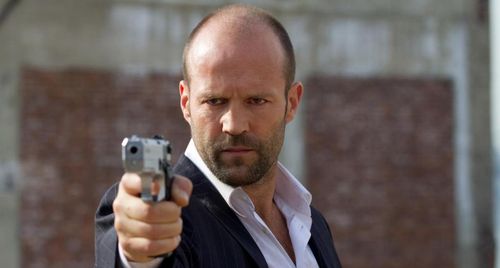 Yakin isn’t exactly a seasoned action filmmaker, having guided exceptionally peaceful stories (“Remember the Titans” and “Uptown Girls”) during his uneven career. “Safe” takes the helmer into an entirely different direction, cooking up an aggressive thriller situated in the heart of New York City, using Statham as a human steamroller out to crush anyone daring to touch his pre-teen pal. While “Safe” doesn’t revolutionize the genre, it does provide a crisp blast of furious activity, with a shoot-first mentality that brings immediacy to otherwise tired shenanigans concerning merciless gangs and dirty, racist cops. It’s a vicious feature, rarely turning down an opportunity to shoot up a room or mangle a body, executed in a delightfully brazen manner. The movie doesn’t turn away from awful behavior, using an extensive amount of ugliness to help motivate the characters in a minimal manner, eschewing melodramatics to bang away on drum set built with grief, terror, and revenge.

The city brings flavor to “Safe,” keeping Yakin busy dreaming up conflicts that take advantage of archetypal characters and their surprisingly public business. Building the mood out of spare parts from westerns and cop movies from the 1970s (the charging score by Mark Mothersbaugh is a distant cousin to David Shire’s work on “The Taking of Pelham One Two Three”), the filmmaker maintains a steady pace of evasion, keeping Luke and Mei on the run as they figure out a master plan of survival, with the ex-cop firing up his protective instincts to ensure that his young charge remains unharmed and her mental parcel is handled with care. The action flows through subways, hotel lobbies, and city streets (photographed with a fetish for mirror images and subtle visual effects), working to position characters while brutality is being delivered to the masses. While Yakin has a tin ear for dialogue, his dedication to kinetic screen energy is appreciated, establishing “Safe” with a delirious pace and a bounty of shock value, building Luke as a stoic, bulletproof heroic character nobody in their right mind should mess with. It’s simplistic, but exceptionally convincing, seizing the essence of Statham’s raw charisma and expertise with intimidation. Charles Bronson would be proud. 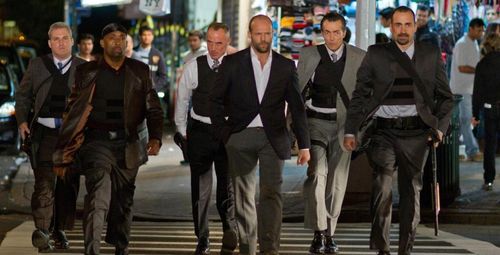 “Safe” grows bottom heavy as it foolishly piles on the double-crosses to reach a storytelling significance it doesn’t need to satisfy, getting lost in the code business and its connection to a large sum of money and a disc of incendiary data hidden around town. The conclusion drags on longer than it should, involving characters nobody cares about, but the climactic kicker soaks up most of the impatience that’s pooled around the final reel. Yakin doesn’t have a firm grasp on resolutions, but the man knows how to end a movie.

Lionsgate, the distributor of “Safe,” hid the film from critics in the market I work in, abandoning the picture in a manner typically reserved for wretched horror efforts or Tyler Perry productions. “Safe” didn’t deserve the cruel treatment, easily supplying more forward momentum and audacious acts of hostility than the average action invitation. It’s a knuckle-dragger that requires earplugs for certain dialogue exchanges, yet “Safe” packs an enormously satisfying punch, refreshing Jason Statham’s marquee value for a few more years. Frankly, he should stick with Yakin to help extract optimal Stathamy goodness.