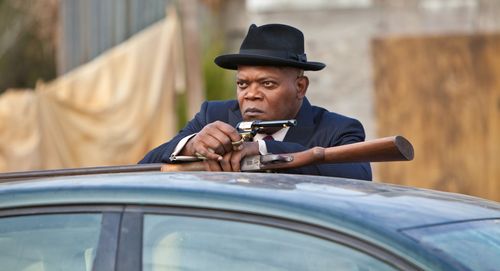 “Meeting Evil” is a film that requires its audience to simply shut down and go along with the experience. Any outside intrusion of common sense immediately destroys the viewing event, leaving the picture best served to those able to swallow massive leaps in logic and sketchy characterization. Though not without a handful of sincerely intense scenes, “Meeting Evil” is a missed opportunity for a twisted ride with a confrontational stranger, gradually working its way to a wasteful anticlimax when the entire movie appears to be gunning for something grandiose, pitting enigmatic malevolence against the vanilla might of an average man with ordinary problems. There’s something about seeing Samuel L. Jackson with a gun and an attitude that promises more than this meager effort is willing to offer. Read the rest at Blu-ray.com