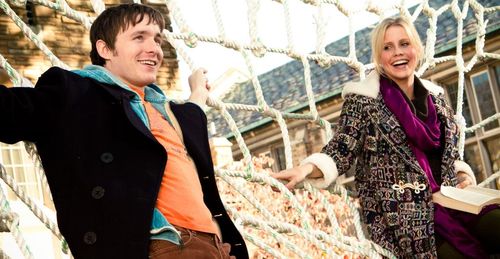 “Blue Like Jazz” is a faith-based production that preaches individual thought and makes the effort to display characters unsure of their devotion to religion as they search for God in their own lives. It’s an admirable endeavor, adapted from the book by Donald Miller (who co-scripts), yet it’s inescapably glacial as a motion picture. Bereft of personality and pace, “Blue Like Jazz” loses influence the longer it lingers on stillborn atmosphere, while the performances all lack conviction beyond the basics provided by the screenplay. It’s a drab movie about big ideas, best suited for die-hard fans of Miller’s writing. Newcomers will have to fight tremendously hard to stay invested in the humdrum antics and banal confessions. Read the rest at Blu-ray.com