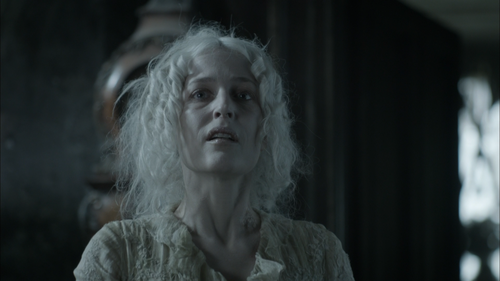 Published in 1861, "Great Expectations" is one of the most famous works to emerge from author Charles Dickens, sustaining for 150 years as a devastating portrait of emotional frigidity and wild swings of fate. The source material has also found itself the subject of numerous film and television adaptations, each challenged to capture the writing's grim tone while servicing the needs of short run times and star demands. Perhaps most famously, the story was transformed into a highly beloved 1946 David Lean feature (I'm also partial to an ambitious 1998 modernization starring Ethan Hawke and Gwyneth Paltrow). Attempting to return to well-worn literary ground, the BBC brings "Great Expectations" back to the small screen, laboring to restore Dickens's narrative scope and bleak sensibilities to a visual medium. The picture is immensely successful on multiple levels of execution, conjuring a forbidding realm of shattered lives and titular promise, carefully detailing a period of decay in such a vivid manner, every Blu-ray copy should come with a tetanus shot. With an impeccable cinematographic effort and a fabulously talented cast filling out all roles great and small, the material shines once again, convincing with its passions and its madness, inching closer to a definitive version of a tale it seems every creative type would like to take a crack at. Read the rest at Blu-ray.com