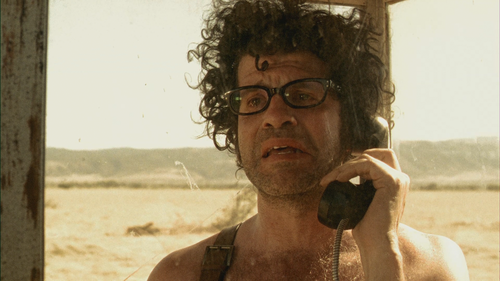 A world-famous improvisational comedy factory, The Second City has been entertaining audiences for over 50 years, sharing their brand of impulsive wit via industry titans such as Bonnie Hunt, Tina Fey, John Candy, Martin Short, Gilda Radner, and Eugene Levy. The Second City also gave birth to arguably one of the greatest television shows of all time, debuting with "SCTV" in 1976. The brand name alone conjures concentrated memories of bellylaughs and cutting satire, executed by talented, fantastically quick-witted performers aiming to please. It comes with great surprise to find their film output is borderline intolerable, with corporate slapping their good name on "BuzzKill," a monumentally tiresome comedy that does considerable damage to their legacy. Woefully unfunny and feebly directed by Steven Kampmann, "BuzzKill" is a feature that spends the entirety of its run time struggling to acquire anything of worth to commit to the screen, floundering for what feels like an eternity with droopy material and a cast that overplays everything handed to them. It's a bad movie, but worse, it's an abysmal representation of The Second City, an organization I once believed retained such impeccable taste in the realm of humor. Read the rest at Blu-ray.com