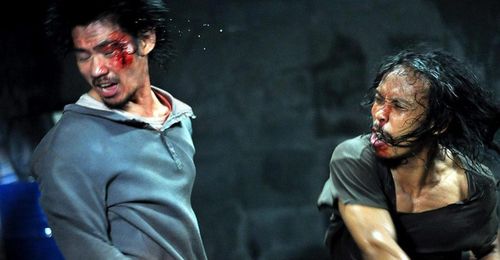 “The Raid: Redemption” is a rare action movie, likely to leave those who dare to sit through it covered in bruises. A furious offering of bodily trauma from Indonesia, home to some of the greatest cinematic examples of smashed limbs and brazen stunt recklessness, the picture doesn’t mess around, providing an ultraviolent joyride through all manner of beatdowns. Seriously, this film is not for the faint of heart, taking martial art action to such an extreme, the effort can’t help but tucker out long before the end credits hits. The high doesn’t last for very long, but when “The Raid” finds its happy place as a concussion factory, it’s breathtaking, leaving namby-pamby American product in the dust. Read the rest at Blu-ray.com