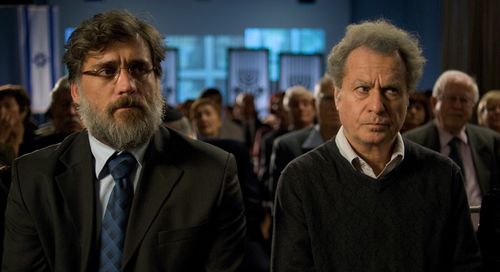 There’s a terrific opening scene in the picture “Footnote” concerning the rumpled frustrations emerging from a father sitting impatiently at a ceremony celebrating his son’s academic splendor. As filmgoers, we’re conditioned to see bright displays of parental pride, or perhaps an extremity of abuse. “Footnote” introduces us to the uncomfortable middle, where there’s no joy and very little mutual admiration. It’s an efficient and fascinating starting point for this strange, darkly comic movie, which asks viewers to bear a domestic strain that will never carry to a resolution, instead locked in an investigative tone of extreme discomfort as a central relationship between a father and son is put to the test with nary a word shared between the two men. Read the rest at Blu-ray.com