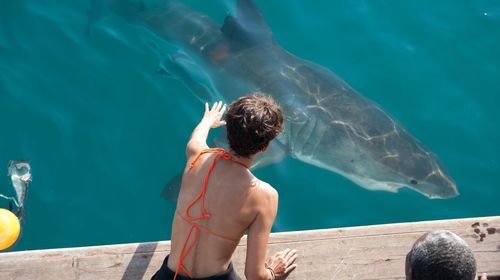 It’s disappointing to report that “Dark Tide” isn’t the type of shark attack extravaganza many will be expecting. While it’s always interesting to find a production that teases one direction before heading off into another, it’s deflating to find this picture left with nothing much to do and nearly two hours to do it. A bewildering bore, “Dark Tide” imagines itself a cross between “Jaws” and a Bergman film, pitting uncharismatic actors against a dreary script that doesn’t go anywhere. High adventure on the vast sea this feature is most certainly not. Instead, director John Stockwell appears more comfortable showcasing inconsequential arguments and murky underwater footage, creating a home movie ambiance that’s wearisome from start to finish. Read the rest at Blu-ray.com