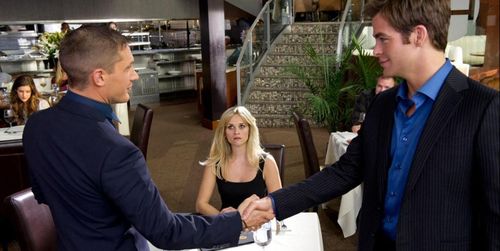 There was once a time where I didn’t shudder at the thought of a McG motion picture. An admirer of the 2000 pop tart “Charlie’s Angels” and its underappreciated 2003 sequel, the filmmaker has proven himself highly capable with stylized escapist fare, always quick with a glossy frame and an amiable comedic spirit. Then came 2009’s “Terminator Salvation,” a rusted lump that effectively torpedoed any excitement for the franchise, and now there’s “This Means War,” which is easily the worst movie of his career. A disaster on a conceptual level, McG’s latest is a trainwreck of botched stunts, unfunny gags, and tuneless performances, pieced together with minimal interest in any sort of engaging cinematic clarity. Read the rest at Blu-ray.com