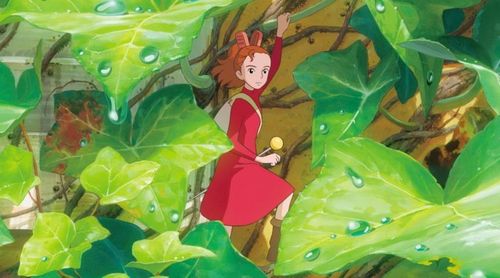 Taking a break from their usual interest in dense fantasy worlds and eccentric characters, the illustrious Studio Ghibli brings their imaginative filmmaking resources down to a decidedly smaller scale with their latest offering. “The Secret World of Arrietty” is an adaptation of Mary Norton’s “The Borrowers” book series, bringing the furious survival plans of teeny-tiny people to a lush animated realm, where such whimsical plotting and miniature antics can be represented in an awe-inspiring manner. Crafted with customary attention to the tiniest of details and blessedly concise, the feature doesn’t possess the epic scope fans might be used to from regal Ghibli offerings, but it retains a lovely spirit of adventure and alliance, forming a modest but sublime picture worthy of the exalted brand name. Read the rest at Blu-ray.com