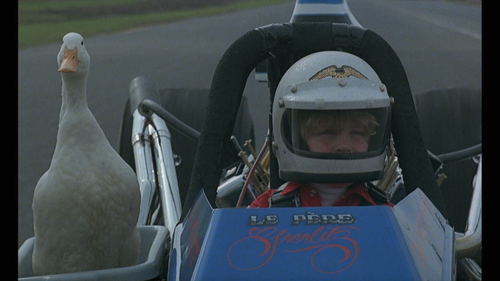 1982's "Treasure Train" (also known as "Odyssey of the Pacific" and "The Emperor of Peru") emerges from an era when family entertainment provided a little more leeway in terms of political overtones and fantastical encounters. It's an utterly bizarre motion picture, but one made with a certain endearing permissiveness, attempting to give younger audiences exactly what they crave from matinee entertainment while carrying some impressively complex emotions for adults. "Treasure Train" is also a Mickey Rooney movie, permitting the production an opportunity to indulge a zanier side of life, with the screen legend treating his screentime like a vaudeville audition. I'm not exactly sure I understood what director Fernando Arrabal was aiming for with this merging of dreams and doom, but it's certainly an ambitious, agreeably askew cinematic offering. Read the rest at Blu-ray.com