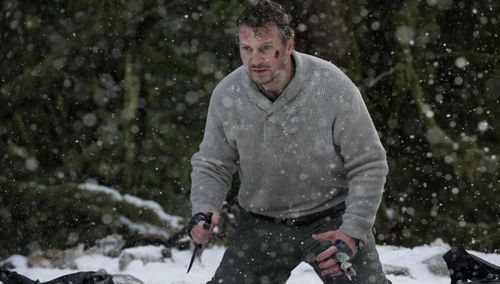 Hollywood marketing efforts should never be fully trusted, often shaped by professionals merely looking to exploit combustible elements to guarantee a little box office hustle for the opening weekend. “The Grey” is an excellent example of a movie with misleading advertising, promising ticket buyers a roller coaster ride where planes crash, lives are lost, and Liam Neeson knuckles up with broken booze bottles, looking to plant a few jagged Irish kisses on hostile wolves in the remote reaches of Alaska. “The Grey” is not an overtly ridiculous film, it’s a searing study of survival and death, spending more time with distressed characters facing the end of their lives than the titular predators. Of course, telling potential viewers they’re about to watch a group of men slowly expire for two hours isn’t appetizing, leaving the suits scrambling for marketable elements that don’t even appear in the picture. It’s bad form, tarnishing a thoroughly horrifying feature. Read the rest at Blu-ray.com