Film Review - The Flowers of War 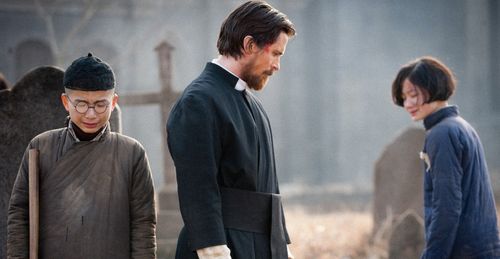 For a film about nobility, sacrifice, and redemption, “The Flowers of War” is an unexpectedly macabre picture that frequently mistakes excess for realism. A work from lauded director Zhang Yimou (“Raise the Red Lantern,” “Hero”), the feature is a grueling sit, combining pedestrian melodrama with harsh images of wartime casualty, drowning salient points on heroism in an ocean of blood. Although it arrives with golden intentions to celebrate an exceptional act of sacrifice, the movie frequently misfires with its earnestness and unseemliness, losing whatever impact it hopes to make after the opening 20 minutes. The remaining two hours is merely an exercise in the obvious and the ugly. Considering the ghastly story being recounted, it’s amazing how little sensitivity the director shows the subject. Read the rest at Blu-ray.com