Film Review - We Need to Talk About Kevin 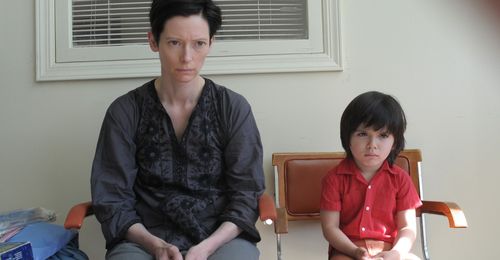 “We Need to Talk About Kevin” is a deliberately obscure feature, never allowing the viewer access to clarity of thought. It’s an exercise in screen stylistics and editorial precision, overseen by director Lynne Ramsay, who’s worked this routine before in “Ratcatcher” and “Morvern Callar.” Her fussy visual process results in striking images, but little emotional connection to the events unfolding, which require an appreciation of psychological nuance to even begin to understand. Instead, the director keeps outsiders at arm’s length, perhaps even refusing an audience all together, with the film perfectly happy in its own orbit, raising Hell for reasons unknown. Read the rest at Blu-ray.com