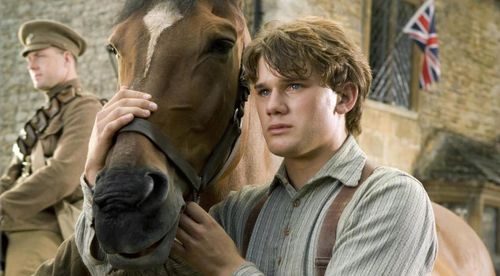 20 years ago, Steven Spielberg’s “War Horse” would’ve been a very different movie -- lighter, schmaltzy, and soaring. Today, the feature represents the director’s current tastes in wartime realism and elongated emotional momentum, trying diligently to cater to the old Spielberg screen magic, only to be blocked by a matured filmmaker who’s rusty with this type of material. The two creative sides never quite settle on a consistency for this episodic adventure, keeping “War Horse” unsteady, earnest yet painfully dull. While it seems like grand slam material for the bearded maestro, the story rarely gets off the ground, lost between its dreamy storybook qualities and need to reinforce the bone-chilling tragedy of war. Read the rest at Blu-ray.com