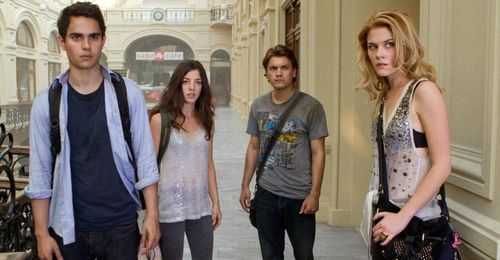 At the very least, “The Darkest Hour” has a unique idea for its attempt at an alien invasion, imagining a world being overrun by beings of pure energy, essentially making the malevolent outer space force invisible for most of the film. To get to the creature feature basics, one must endure a full court press of ghastly moviemaking decisions, creating a dispiriting amateur ambiance with a premise that seems capable of coughing up a few easy thrills. Director Chris Gorak won’t allow any fun to peek through this defiantly lifeless motion picture, which consistently resembles a product that’s been hacked down to the bone in terms of characterizations and plot, trying to hit as many marketable alien attacks as it can over 80 minutes, taking a torch to narrative cohesion. Read the rest at Blu-ray.com