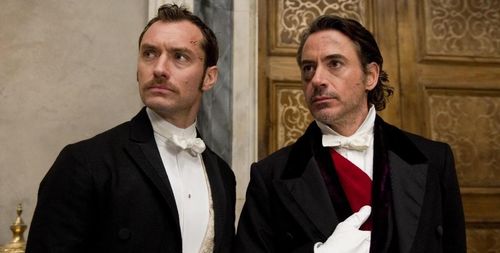 With the element of surprise now a distant memory, the “Sherlock Holmes” franchise elects a threatening route of sleuthing to entice fans back into multiplexes. Although never grim, “A Game of Shadows” dials down the mischievousness that defined the 2009 blockbuster, an impish quality that did an amazing job clearing away the cobwebs, nudging the Holmes brand back into pop culture consciousness. While it runs a little harsh at times, the sequel remains a sturdy vehicle for Robert Downey, Jr. to weave about with playful concentration, while director Guy Ritchie extends his period recreation further, establishing a pronounced European vibe to the adventure. As follow-ups go, “A Game of Shadows” is most certainly a part two in posture and scowl, but it’s impossible to snuff out the smirking spirit of this wildly entertaining material. Read the rest at Blu-ray.com