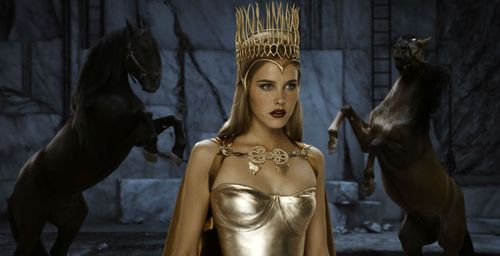 “Immortals” is peeled from the mind of director Tarsem Singh, a visual stylist extraordinaire who previously gave birth to ornate epics such as “The Cell” and “The Fall.” He’s obscene with screen details, often cursed with a commitment to the movement of images, pulling influences from art and high fashion to shape imposing epics devoted to adventures of the mind. While stunning and extensively produced, Singh’s features never achieve a critical feel of humanity, always cold to the touch. They are museum pieces meant to be acknowledged, not necessarily enjoyed. “Immortals” is the director’s attempt to play ball with the blockbusters, marrying “Clash of the Titans” with a night at Studio 54, executing a violent epic in his own inimitable way. Once again, Singh comes up short, as his latest is decidedly mortal -- an eye-catching drag through the heavens overloaded with hackneyed screenwriting and expressionless acting. Read the rest at Blu-ray.com