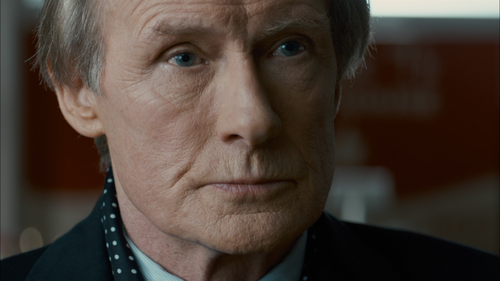 I’ll make this official: I’m deeply in love with Bill Nighy. Sure, he doesn’t have the greatest taste in screenplays, occasionally caught on the prowl for a solid paycheck, but when the British actor is permitted to sink his teeth into top shelf material, he’s unstoppable. “Page Eight,” written and directed by David Hare, is exactly the type of callous material Nighy requires to reach his full potential. Wrapping his talent around this cold-blooded tale of English spies and their backstabbing business, the actor delivers outstanding work, furtive yet vulnerable, able to articulate the weight of the world with the mere arch of an eyebrow. Of course, he’s far from alone here, with Hare drafting some of the best European actors into duty, breathing a rippling sense of antagonism into a tightly leashed tangle with secret documents and hallway paranoia. Although it gives off the appearance of homework, Nighy and his fellow performers give Hare’s script a thrilling workout, creating significant tension out of the most routine of encounters. Read the rest at Blu-ray.com