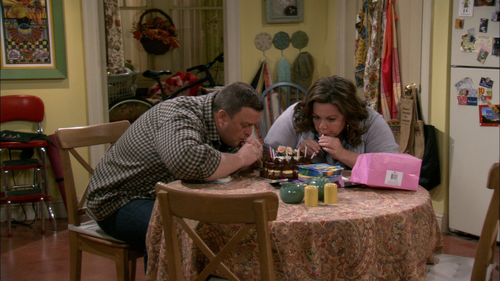 “Mike & Molly” offers nothing new to the television sitcom realm, only catching outside attention due to its premise of two admitted overeaters finding each other in a time of need. It’s the “super-sized show,” presenting the producers with an opportunity to build the program into something disarmingly affectionate and playful, making the series more than just a crude vessel for obesity jokes. Instead, the characters’ battle with the bulge is often the sole focal point of the plot, rarely stepping beyond waistline-based punchlines to give viewers a significant creative experience, maybe even human on occasion. It’s a dire habit of humiliation that’s consistently gratuitous, especially forced upon a cast capable of so much more than a simplistic display of dreadful one-liners, coaxed by a relentless, soul-sucking laugh track. In fact, without the talents of Melissa McCarthy and Billy Gardell, “Mike & Molly” would be completely unwatchable. Read the rest at Blu-ray.com