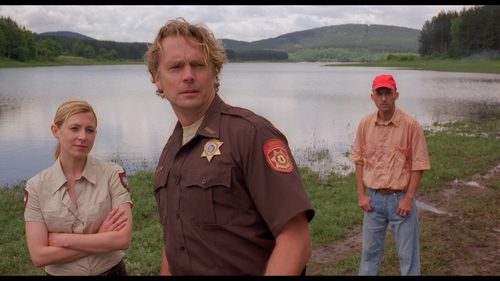 1999's "Lake Placid" was a lark, a minor key of monster movie escapism from screenwriter David E. Kelley, taking a break from his ranch of network television legal dramas to stretch a few genre muscles. Director Steve Miner ("Friday the 13th: Part 2," "House") was right there to support Kelley's vision, constructing a mildly diverting horror film with a pronounced sense of humor, a diverse cast, and a decent (for its time) display of visual effects. The feature was no box office king, but it made some monetary ripples, guaranteeing a cult following for years to come. A sequel was promised at the end of the picture, but seemed unlikely to materialize. Smash cut to 2007, and "Lake Placid 2" debuts as a Sci-Fi Channel Original Movie, dropping Kelley and the rest of the creative team to make a low-budget ruckus in Bulgaria, introducing inexperienced filmmakers to atrocious visual effects. Gone are the cheeky impulses and amusing thespian effort from the first round -- the sequel elects an unenthusiastic remake route, once again slipping into deep waters with a oversized crocodile who's ready to feast. Read the rest at Blu-ray.com