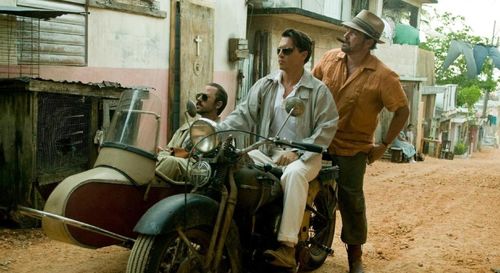 Everyone’s favorite pirate, Johnny Depp, strolls giddily into the gravity pull of Hunter S. Thompson’s madness once again with “The Rum Diary,” a feature film adaptation of a 1998 novel from the legendary writer (who died in 2005). Avoiding the thick of bat country, Depp generates a slightly suave take on Thompson’s youth, pushing away the gobs of drugs found in Terry Gilliam’s 1998 scattergun, “Fear and Loathing in Las Vegas,” to guzzle gallons of booze, dancing around another tale of oddballs and hangovers, with the emphasis here on personal transformation, acting a prequel story of sorts for Thompson. It’s a muddled movie in dire need of a cleaner edit, but there are moments of tremendous clarity that bring out some amusingly crooked behavior, articulated with a tight Thompson shuffle by Depp. Read the rest at Blu-ray.com