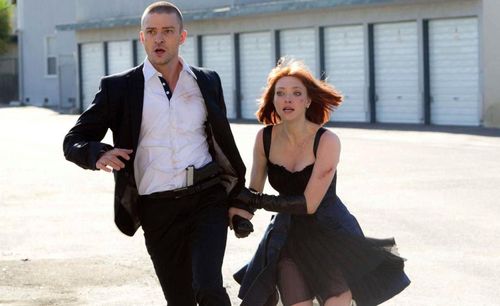 If movies were judged solely on ambition, “In Time” would be one of the best pictures of the year. Alas, it’s actually on the lower end of 2011 releases, making a mess out of a nifty premise. Writer/director Andrew Niccol (“S1m0ne,” “Lord of War”) seems to think he’s creating a stylish, pointed social commentary with this futuristic Bonnie and Clyde tale, but he’s ruined the beguiling sci-fi effect through banal dialogue and wooden performances. It’s a stillborn feature, wasting its promise on emptiness when all Niccol had to do was sit back and enjoy the world he created, investigating its rituals and peculiar response. Instead, he’s elected to make an action movie, without any real practice with the genre and its demanding need for propulsive plotting. Read the rest at Blu-ray.com