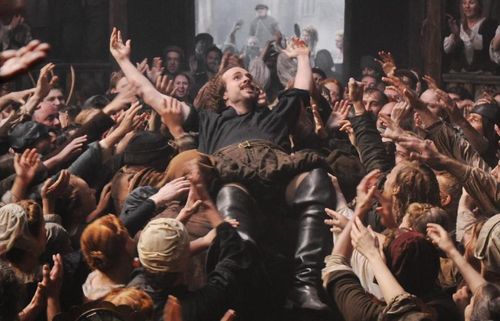 Director Roland Emmerich has spent his career guiding Jean-Claude Van Damme, pushing viewers through a Stargate, staging a global alien attack, resurrecting Godzilla, and orchestrating the end of the world. He’s done very well sticking close to spectacle, but he’s never quite challenged himself in the dramatic realm. “Anonymous” is Emmerich’s first real stab at a human story, though even this modest costume drama carries a bold mystery: Was Shakespeare a fraud? It’s a complicated answer in a protracted motion picture. Sure, theaters are burned, incest is established, and several actors compete to be the biggest ham of the movie, but the concentrated mood is far removed from anything the director has done before. It’s a weird feeling to be bored by a Roland Emmerich feature. Read the rest at Blu-ray.com