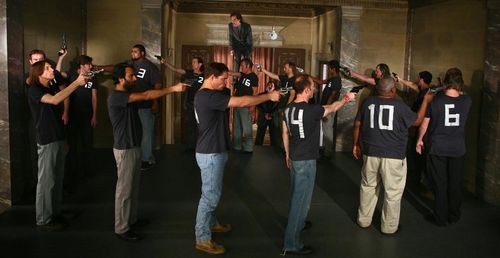 Remaking his own 2005 feature “13 Tzameti,” writer/director Gela Babluani doesn’t expel all that much effort modifying his material; instead, he essentially reheats this vicious tale of Russian roulette for American audiences. There’s a decent amount of star power and established actors collected for this chiller, and those new to the premise might find themselves drawn into this foul underworld saga. However, fans of the original will likely be saddened to find Babluani making the same film all over again, only here he cools the efficiency of the previous picture, allowing a sense of staleness to permeate the production. While still rippling with tension due to the graphic subject matter, “13” remains an unnecessary remake. Read the rest at Blu-ray.com