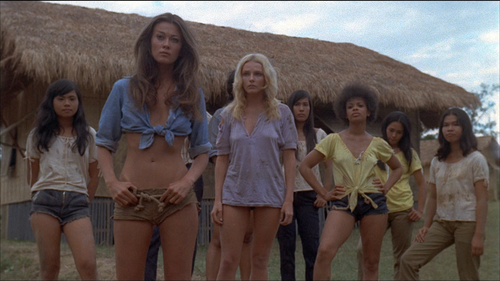 1971's "Big Doll House" is the first installment of what would later be recognized as the "Women in Cages" trilogy, a series distributed by Roger Corman focusing on the exploits of braless women struggling in humid, unforgiving prison systems. Shot on the cheap and spotlighting a cast of adventurous actresses, the pictures emerged as exploitation classics in the eyes of some, beloved for their gratuitous nudity and violence. "Big Doll House" kicked off the pervy merriment, with director Jack Hill setting an impressive tone for the run on the first outing -- a rough and randy incarceration extravaganza that's stuffed with forbidden delights, peppy performances, and decidedly eager attitudes when it comes to manufacturing sweat-soaked grindhouse distractions. Read the rest at Blu-ray.com