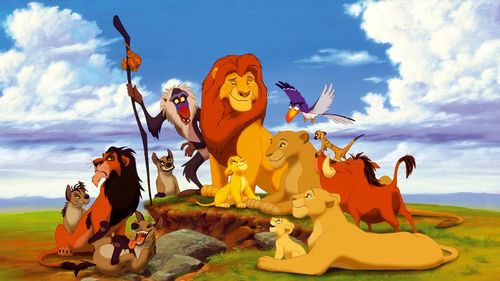 There is no anniversary to celebrate here, no special achievement that deserves an “exclusive” theatrical launch. In fact, “The Lion King,” Walt Disney Feature Animation’s crowning achievement, is being hustled back into theaters to highlight a 3D conversion, a gimmick employed to generate some eye-catching publicity a few weeks before the picture makes its long-awaited debut on Blu-ray. Hooray.

Originally released in 1994 during a tremendous period of creative resurgence for Disney animation (a time they gave the word “The Little Mermaid,” “Beauty and the Beast,” and “Aladdin”), “The Lion King” made an immediate impression, overpowering audiences with soaring songs from Elton John and Tim Rice, poignant direction by Roger Allers and Rob Minkoff, and a cast of voices ranging from the delightfully devilish (Jeremy Irons as the villainous Scar) to the legendarily wacky (Nathan Lane and Ernie Sabella as the wisecracking Timon and Pumbaa). It was a film event in a summer swarmed with blockbusters, solidifying Disney’s return to the top of the family entertainment food chain. A classic was born. 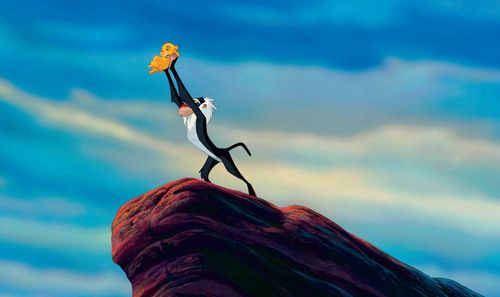 “The Lion King 3D” hasn’t been reworked in any noticeable way, ditching the “Morning Report” musical number that was stapled to the film for its 2002 IMAX release. The gimmick for this round is 3D, massaged into a decidedly 2D movie to open up the big screen space, giving distinctive visual heft to the story of Simba and his rise from a guilt-ridden cub to a returning ruler. The added dimension is perceived but rarely extraordinary, employed primarily to feel out the vastness of the African locales and Simba’s constellation visions. However, to keep the effect in play for the duration of the picture, the conversion specialists have sprinkled 3D touches around the feature, even creating distance between lion eyes and snouts, which leads to some eyestrain and disorientation. Also concerning is the “dimming” effect of 3D glasses, pulling the natural wonder out of the sublime animation.

Although not a film that represents the best of Disney’s animated ingenuity, “The Lion King” feels at home on the big screen, where the majesty of the production is permitted room to roar. A theatrical setting also allows for a greater appreciation of vocal talents (Robert Guillaume steals every scene as mystical baboon Rafiki), while the score from Hans Zimmer retains its heroic poise. The screen also allows for that communal ambiance of cinematic appreciation, spanning across multiple generations and levels of patience. 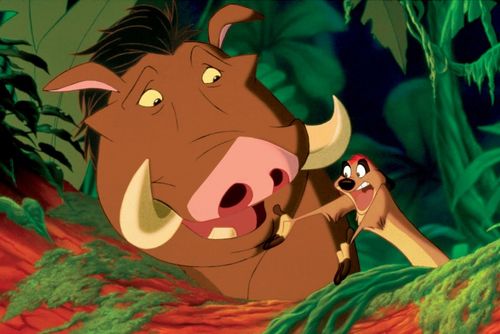 Is “The Lion King 3D” worth your time? Is it worth the ridiculous 3D ticket fees? Yes and no. It’s always a treat to have “classic” films back in theaters where they belong, where viewing the picture with an eager audience of fanatics can be a special event (easily topping minivan backseat screenings). However, this is not a movie that needed the dimensional extension. “The Lion King” worked just fine without immense savanna depth and protruding snouts. It managed to entertain billions without blurring certain sections of the frame. Unless the feature has become a personal religion, I would suggest a pass on this 3D cash grab. A nice 2D Blu-ray presentation seems to be the more artistically respectful moviegoing choice. 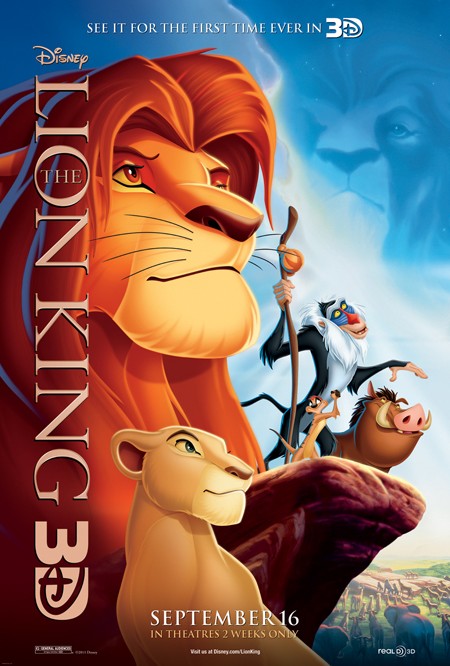