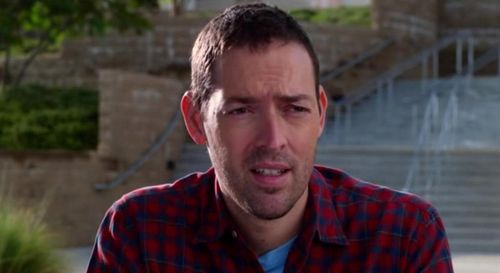 “Stay Cool” is the latest effort from the Polish Brothers, the identical twins who’ve somehow managed to stay afloat in the industry after a decade of tedious esoteric efforts and box office bombs. Sure, the men have unearthed some exquisite screen poetry during their filmmaking years, but nothing profound, always lost in their own fog of indifference despite plots that encourage engorged passions. “Stay Cool” is their most grounded effort, attacking the formulaic discomfort and confusion of an impending high school reunion. It doesn’t always convince, but it’s the most approachable Polish production to date.

Henry McCarthy (Mark Polish) has written a book about his high school experiences, pouring nearly two decades of neuroses and memories into a best seller. Asked to give the commencement speech at his old high school, Henry returns to the source of his distress, relying on pals Big Girl (Sean Astin) and Wino (Josh Holloway) for support. Immersing himself in the modern educational experience to help stir up inspiration, Henry finds old teachers (including Frances Conroy) and his principal (Chevy Chase) still employed, while saucy senior Shasta (Hilary Duff) takes a romantic interest in the visiting author. Also on Henry’s mind is Scarlet (Winona Ryder), his former high school crush and a woman he continues to pine for, hoping to make some type of connection with the troubled pharmacist after a long absence.

Technically, “Stay Cool” isn’t a traditional high school reunion movie. It’s more about the panic attack brought on by resuscitated connections to the past, with Henry unaware of what he’s going to find once he accepts the invitation to speak at the school. Written by Mark Polish and directed by Ted Smith (a pseudonym for Michael Polish, for reasons both obvious and unknown), the feature mixes slapstick comedy with indie film anxiety, strumming a note of apprehension as Henry reenters his previous life, with his every thought fully exposed to the world after the publication of his book.

The Polish Brothers aren’t interested in greasing up wacky mechanics, keeping “Stay Cool” steady as a snowballing display of dry absurdity. The airline loses Henry’s suitcase, forcing him to suit up in 1988 gear from his old closet; he develops pimples when the pressures of meeting Scarlet again grow too great; the author endures the routine of contemporary high school life (e.g. metal detectors and “crisis drills”); and the attention from Shasta is a healthy reminder of old age for Henry. The structure is one long week of mishaps and embarrassment, which is an appealing approach, resulting a few humorous scenes and some flashes of invention along the way. The supporting cast (including Michael Gross, Jon Cryer, Dee Wallace, and Jessica St. Clair) is certainly animated enough to provide the picture with color, creating the claustrophobic effect of community pressure “Smith” is shooting for.

Less convincing is Mark Polish in the lead role. Henry’s a reserved guy, instructed to “stay cool” by Scarlet in a yearbook message to her chemistry partner. He’s a man not prone to spastic outbursts, but Polish is a droning, poker-faced performer, conveying limited personality when it seems Henry would participate more in his nightmare, observing the dismantling of his life over the course of a week with a horrified appearance. Polish comes off disinterested in his own screenwriting, zombified throughout the film, making all this sexual interest in the character bewildering. It’s not a thrilling performance. Being the central figure of disbelief in “Stay Cool,” Henry should’ve been played by an actor with a feel for significant internalized reaction, not someone who looks as though he just awoke from a nap.

“Stay Cool” doesn’t gorge on nostalgia, keeping most of the ‘80s in the rear-view mirror. Instead, it works a present condition of unease, investigating the dilemmas surfacing when the past and the present collide. A more energetic approach would’ve been welcome, but that’s not the Polish Brother way. Nevertheless, there are moments here that are legitimately amusing, dancing on the edge of entertaining. Hopefully, it’s a signal that the cheerless filmmaking twins are finally ready to loosen up. 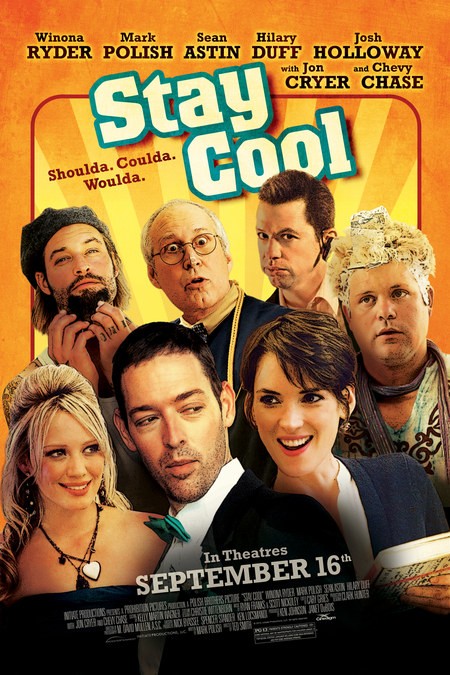