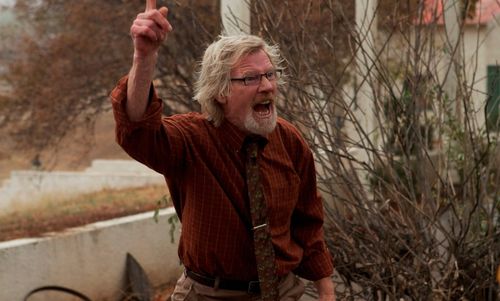 With “Red State,” writer/director Kevin Smith seeks a darker path of storytelling, directly contrasting a career made up of profane comedies and barbed but cuddly relationship dramas. Part chiller, part lecture, “Red State” is a jumble of ideas and characterizations tossed haphazardly into an unnervingly disconnected motion picture, which often feels unfinished and calculated instead of winningly feral. Yes, “Red State” is unlike anything Kevin Smith has made before, but it’s also the least effective feature of his career. Read the rest at Blu-ray.com